Ever feel like a fish out of water? As an ex-pat in California where residents are famous for being “the people from somewhere else,’ I humbly claim myself as a prime example. Because I am a Brit from Cornwall I was invited to be a “Fish-Out-of-Water” panelist at the three-day Malice Domestic Writers Conference held in Bethesda, MD just outside Washington, D.C. 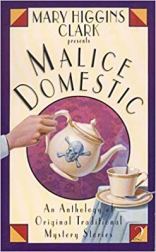 The event is the largest annual gathering in America for writers and fans of traditional mysteries in the genre of Agatha Christie, which places them in a genre called ‘cozy.” It appears that publishers here prefer authors to be strictly categorized into the type of book they write: romantic suspense, noir, thriller, psychological suspense, hard-boiled, legal thriller, historical, private investigator, cozy, police procedural, and sub-genres such as a sci-fi and the newest, cyber-crime mysteries.

Some crime writers look down their noses at cozy writers. We are often considered to be the low man on the totem pole. No matter. We bask in the knowledge that it attracts hundreds of attendees from all over the country.  It was my first foray into this cozy conference although I am a veteran of Bouchercon, Left Coast Crime, Ladies of Intrigue, Surrey International in Canada, and other conferences for cozy writers and readers. 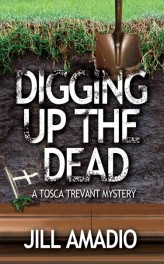 The second book in my series, “Digging Up the Dead: A Tosca Trevant Mystery” was published just in time for this premier annual event. My main character hails from Cornwall and comes to live in Newport Beach, like me, so the “Fish Out of Water” panel was perfect for us both.  It was fun to explain to the audience that Tosca Trevant, a London gossip columnist (me too!) had rattled the royals by discovering yet another scandal at Buckingham Palace. This led her editor to re-assign her temporarily to America. Cussing mildly in the Cornish language, and coping with a culture that sees no need for a teashop on every corner, the meddlesome, outspoken and humorous Tosca turns amateur sleuth when she stumbles upon human remains in a neighbor’s garden, in the best Miss Marple tradition although Tosca is a younger version.

I was the only ex-pat author among us five panelists at Malice, whose main characters were also considered outsiders rather than police detectives or private investigators. I was bombarded with questions from the packed audience about how I came to live in the United States (“my ex-husband insisted and who needs all that rain back home?”), why I write traditional mysteries (“because Agatha Christie is my muse”) and how I manage to conjure up clues, settings, and plots. My favorite question is usually how I decide who the murderer will be. I answer honestly that I don’t always know until I’m into the story.

In my new book I created a character whom I intended to be the killer but the more I wrote about that person the more I came to like them so I designated someone else to be the villain instead. Another time during the writing of chapter 16 something incredible happened to me. I was writing dialogue wherein a character denies knowing something. 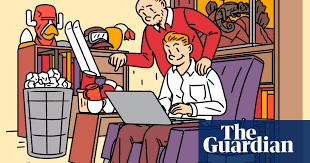 She was instantly contradicted by a voice behind my chair shouting out, “Yes! You did know!” The voice was male and sounded exactly the way I had described his gravelly voice in a previous chapter. I swung around, dumbfounded. Of course, there was no one there and no one else was in the house. Some writers say their characters often take over their role in a book but this was different. Sam spoke a line of dialogue that added another dimension to the plot. It worked well, surprisingly, giving an extra twist to the story. I didn’t hear from him again nor from anyone else I created so I guess he and the others were satisfied with how the plot was progressing.

One important take-away I have learned from being a panelist and this was particularly true at Malice: make ‘em laugh. I was fortunate enough to be able to describe some of Tosca’s amusing clashes with American culture, a few of which I experienced myself when I arrived in the U.S. Her reactions, though, are a bit more defined and she has no problem expressing herself although most of the time she is proven to have grabbed the wrong end of the stick or has misinterpreted the meaning, which makes for a few giggles.

So the lesson is that the more listeners you can make laugh, the more likely they are to buy your books. The key is for your readers to like you as a person, which can encourage them to believe they’ll like your writing. I was lucky enough to have sold out of my books at that first conference, as did other authors. I’m told that cozy readers make up the bulk of the crime-reading market so I plan to attend Malice Domestic forever. Or as long as I write mysteries. 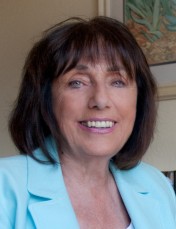 Jill Amadio’s mysteries are available in paperback and kindle on amazon, Barnes and Noble, and Nook. She is also the ghostwriter of 16 memoirs and biographies, and co-author of the Rudy Vallee life story, “My Vagabond Lover.”