When I was a little girl, I dreamed of being a writer. I put that dream on hold for decades while I got married, had a family, and built a career. It was one of the many things on my “someday” list. Then 9/11 happened, and I realized that “someday” might never happen. If I wanted to write a novel, I’d better get started.

I’ve written nine cozy mysteries in two different series over the past few years. Cozies generally have a romantic subplot, and mine are no different. While writing the last book, I realized I was enjoying writing the romance more than the mystery. What if my next book was a romance novel instead of a mystery? An intriguing question, which I decided to answer.

I began 2019 by starting on a sweet historical western romance series for a change of pace. This has been coming for a long time. Years, in fact, although I didn’t realize it myself at the time.

I have trouble sleeping. In the quiet, my brain is like a hamster on one of those spinning wheels. It thinks of all kinds of things it should not be worrying about at midnight. I have to distract it in order to fall asleep. 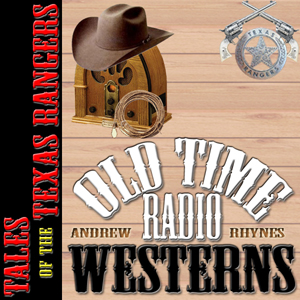 One of the things that helps is listening to a podcast of Old Time Radio Westerns. Before most of the classic western series of the 1950s and 1960s were on television, they were on radio. I grew up with those TV series, so the stories, while different, are very familiar. Now I fall asleep to the Lone Ranger or Gunsmoke or the less-familiar Frontier Gentleman.

I’ve been absorbing these stories in my dreams for at least two years.

I find the time between the Civil War and the beginning of the twentieth century, when cowboys and outlaws and marshals were in their heyday, fascinating. The legends in themselves are romantic.

But I’d forgotten how hard it is to start a new series in a new genre. There are new characters in a new place in a new time.  The people are like cartoon outlines with indistinguishable features. They’re not even wearing any clothes. They’re white blobs like the Pillsbury Doughboy. This is quite a change from going back to my senior citizens in the fictional town of Rainbow Ranch, Arizona, characters I love who live in places I’ve visualized dozens of times.

Another stumbling block is the historical aspect of this series. I often find myself stopped with questions like when did the railroad arrive in Tucson? (1880, which means I can’t use it because my story takes place in 1872.) Or did Philadelphia have mass transit in 1872? (It did: a horse-drawn streetcar.) Or handling issues of diversity for today’s sensitive audience.

The biggest threat to the settling of southern Arizona was Apache raiders. The attitude of most back then was that the only way to solve the problem was to exterminate the Apache. This was the opinion of not only whites, but Mexicans and the Papago, an Indian tribe now known as the Tohono O’odham. In fact, these three groups banded together and massacred a group of over ninety Apaches, mostly women and children, in a peaceful settlement outside Camp Grant in 1871. But not all Apaches were peaceful, and they were a serious problem for the ranchers and miners and homesteaders in the late nineteenth century.

And then there’s the romance plot itself. I bought several books on how to write a romance novel because—ahem—I’d only read one or two of them prior to this year. Unlike cozy mysteries, where I’d read hundreds over the years before I tried to write one, I had no gut feel about how a romance needs to work. A lot of times, I feel like I’m stumbling in the dark.

I know, eventually, the whole story will start playing itself out in my head faster than I can type. I’m looking forward to that stage because that’s when the magic happens. In fact, it happened for a time his past week as I was writing a scene and the characters started interacting in a way I’d never thought they would. I love when that happens. So I’ll keep pushing forward, stumbles and all, because I’m addicted to that magic.

And I love a happily ever after. 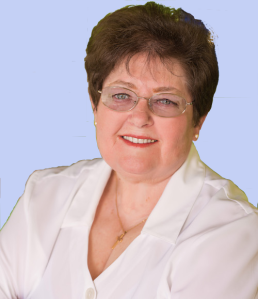 Elise M. Stone was born and raised in New York, went to college in Michigan, and lived in the Boston area for eight years. Ten years ago she moved to sunny Tucson, Arizona, where she doesn’t have to shovel snow. With a fondness for cowboys and westerns, Arizona is the perfect place for her to live.

Like the sleuth in her African Violet Club mysteries, she raises African violets, although not with as much success as Lilliana, who has been known to win the occasional prize ribbon. Elise likes a bit of romance with her mysteries. And mystery with her romance. Agatha and Spenser, her two cats, keep her company while she writes.