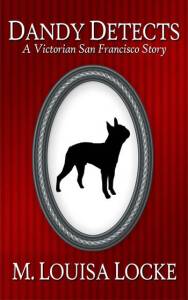 In the spring of 2010, just six months after I published Maids of Misfortune, the first novel in my Victorian San Francisco Mystery series, I published a short story in that series called Dandy Detects. Besides the fact that I wanted to give a character from the first book, a young Boston Terrier named Dandy, the chance to star, my primary reason for writing the story at that time was for marketing purposes.

It is hard to imagine, but in 2010, the indie author movement was in its infancy, there were only a few indie authors achieving much visible success, and selling books at 99 cents was the new—and very controversial— strategy that these authors recommended. Their logic, which has proven quite valid, was that a reader would be more likely to take a chance on an unknown author if the price of the book was low enough. Then, if the person enjoyed the book, they would be more likely to buy the author’s other books at full price.

However, with only one book out, which I didn’t want to discount, writing a short story seemed the most sensible alternative. Dandy Detects became my loss leader and did its job more successfully than I could have imagined. After it was featured in Kindle Nation Daily, one of the first ebook promotional sites, enough people went on to buy Maids of Misfortune at full price to place it on Amazon’s historical fiction best seller list, where it remained for the next year. Dandy Detects also continued to do well, selling over 30,000 copies since it was published.

In time, I no longer had to rely on a short story as my primary marketing tool. With more books in my series, I started to take advantage of promotional sites like BookBub where I could temporarily discount my full-length books to attract new readers to the series. Next, I made Maids of Misfortune, as the first in my series, free, and it now acts as my permanent loss leader.

That doesn’t mean I have stopped writing shorter-form stories. It just means I am writing these stories because it gives me a good deal of pleasure to have a medium where I can develop stories for the minor characters in the series. As of this date, I now have seven short stories and three novellas in the Victorian San Francisco Mystery series (compared to seven full-length novels.)

As a reader, one of the reasons I have always enjoyed mystery series, for example Louise Penny’s series set in Three Pines, is the continuing cast of characters that are introduced along the way. Whether these characters are family members, neighbors, co-workers, or local officials, they make the stories richer as they introduce humor, conflict, and even romance into the basic mystery plot.

Yet, as an author, I discovered that minor characters can slow down the plot too much if I give them free reign. It’s difficult to balance writing a well-plotted mystery, with well-developed main characters, within a rich historical setting, and my historical mysteries are already fairly long for this sub-genre—coming in at between 100,000 and 140,000 words. This means I really can’t afford to develop my minor characters as much as I want to within these novels, particularly since there are so many of them! My main protagonists, Annie and her husband Nate, run the O’Farrell Street boardinghouse, which currently has three servants and nine boarders. And these twelve minor characters also have family and friends, who often appear as minor characters as well.

My solution has been to give some of these characters their own published stories. 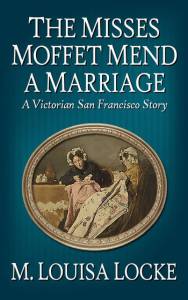 For example, in Maids of Misfortune, I had created two elderly dressmakers who lived in the O’Farrell Street boardinghouse. One of these sisters talked all the time, the other never said a word. And that was about all a reader learned of them in that first book. But I had developed a whole history for them and I wanted my readers to learn that backstory. So, in my second short story, The Misses Moffet Mend a Marriage, I gave them a minor mystery to solve that helped reveal a good deal about their past as well as their current occupation.

This desire to expand upon a minor character has also been behind my novellas—which in truth each started as a short story that just sort of grew. In Violet Vanquishes a Villain, I was curious about why Annie and Nate’s sister-in-law, Violet, was so hostile to the idea of women having a career. In my second novella, Kathleen Catches a Killer, it was the tension between Kathleen Hennessey, the young Irish boardinghouse maid, and her beau, the police officer, Patrick McGee, that I wanted to explore.

Thankfully, fans of the series seem to get as much enjoyment out of reading about these characters as I do in writing about them. In fact, a number of the reviews of the sixth book in my series, which was set mostly on the University of California Berkeley campus, complained that they had missed hearing about boardinghouse residents and what they were up to back across the Bay.

That’s why I wrote one of my latest short stories, Beatrice Bests the Burglar. Beatrice O’Rourke is the boardinghouse cook, and a great favorite of series fans. In this story, as she spends the day reminiscing, I was able to feature what I consider a major character in the series, the boardinghouse itself. 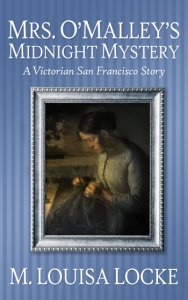 Finally, I write these stories so I can explore historical themes in more detail. In Mr. Wong Rights a Wrong, I addressed the anti-Chinese movement in the city, and in Dandy Delivers, I looked at the plight of the city’s newsboys. My most recent short story, Mrs. O’Malley’s Midnight Mystery, let me portray the difficulties a poor widowed woman in 1880s San Francisco would have faced, trying to raise children in a crowded two-room apartment––difficulties that seemed all too real as I wrote this story in the midst of the Covid-19 pandemic.

In each of these cases, if I had gone off in this kind of detail on these subjects in one of the full-length novels, I might very well have lost a reader’s attention or weakened the effectiveness of the mystery plot. Instead, I get to give readers something inexpensive to read while they patiently wait for my next full-length novel and to make a little money for myself in the process. 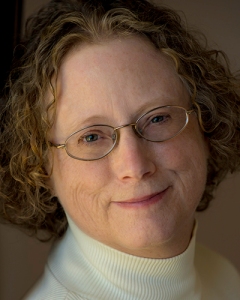 Louisa Locke, a retired professor of U.S. and Women’s History, is the author of the USA Today best-selling cozy Victorian San Francisco Mystery series. This series features Annie, a young boardinghouse keeper, and Nate Dawson, a local San Francisco lawyer, as they investigate crimes with the help of their friends and family in the O’Farrell Street boardinghouse. Not content with just exploring the past, Locke also helped create an open source, multi-author science fiction series called the Paradisi Chronicles. You can find out more about Locke’s books from both of these series at https://mlouisalocke.com.