“I think it’s so much easier to define memoir by what it’s not…Memoir is not a chronological recitation of a life. It’s not therapy. It’s not an accusation. It’s not a boast. It’s not fiction. It’s not gossip. Memoir is a search to understand the human condition—to tell a personal, resonating story. Memoir writers look back with empathy—toward themselves and toward others. They fabricate nothing on purpose. They know what to leave out. And they recognize—explicitly and implicitly—they are not the only ones in the room. Their readers matter, too.”
~ Beth Kephart, author of Handling the Truth

It used to be that only famous people wrote about their lives: retired politicians, Hollywood personalities, rock stars. They wrote their memoirs; they still do. The aim of a person’s memoirs is to cover as much of a life as possible, to draft an overview that touches on all the essential points: family, education, relationships, influences, crucial turning points, successes, failures, accomplishments. Memoirs can also be called autobiographies.

More often than not, memoirs and autobiographies are structured chronologically, and generally, we are drawn to read them because the authors (or, in the case of ghostwritten autobiographies, the subjects) are people already familiar to us. There is absolutely nothing wrong with writing an autobiography, as long as your intended audience is your family or those close to you (unless you are famous, in which case your fans await your story!).

I once had a woman in one of my workshops who was creating a handwritten and hand-bound autobiography, complete with sketches of floor plans of the houses the family had lived in, paintings of significant buildings, black-and-white photographs. It was a magnificent creation and will be a priceless treasure for her family and future generations. Those of us in the workshop enjoyed paging through the volumes, admiring certain drawings and photographs, but the story itself didn’t invite or include us. It was a series of details that had relevance only to the people involved in the life described. For what it was, it was spectacular. I don’t want to detract from that approach and the author was very clear about what she was doing and for whom. The reason she joined my workshop was to learn how to write more personally, to delve into the realm of communicating emotion rather than simply the facts. I’m not sure she’ll choose to include that kind of writing in her book, but her family might treasure that intimacy if she does. Either way, this kind of a work isn’t a memoir. It’s an autobiography. It’s the whole kit and caboodle. It’s the wide-angle photo of a life.

An autobiography can be a beautiful endeavor, but it is markedly different from a memoir. For while an autobiography is the story of a life, a memoir is a story from a life.

A memoir may visit different parts and elements of a person’s life, but the intention is not to tell or describe the whole thing. It may deal with a period of time, a place, a relationship, a journey, or several of those things, but the story is delineated, it has a container far smaller than the span of the writer’s life. A memoir has a focus; ideally, it has a clear and narrow focus. And paradoxically, the narrower the focus, the greater the freedom the writer may have to talk about the breadth and fullness of her life. We’ll delve into that more deeply when we get into structure, but for now, let’s just cover the basics of the genre.

In addition to a clear focus, a memoir has, at its heart, a transformation of some kind, a shift in perspective or understanding, a new way of seeing one’s life, a place, a relationship, the world, whatever the theme of the story.

In this way, a memoir often chronicles an emotional journey of some kind, a departure from one aspect of oneself and an arrival at another (often more enlightened) state of being. The author might be trying to achieve resolution, to solve of a problem, or to achieve a higher understanding or acceptance of circumstances, events.

Or, as Mary Karr, author of the now-classic memoir The Liar’s Club, puts it: “In a great memoir, some aspect of the writer’s struggle for self often serves as the book’s organizing principle, and the narrator’s battle to become whole rages over the book’s trajectory.”

The “battle” Karr refers to may take a variety of forms, and it might not be a dramatic fist-fight-of-a-battle so much as a peaceful and gradual unfolding. It could be a recollection of travels written from a broader perspective than what was available at the time.

It could be a revisiting of a traumatic incident from a place of recovery or empathy. Whatever its focus, a memoir is more than just an honest account of an event or a time, more than a simple recounting of events, more than a detailed reportage of a journey from A to B.

It is an effort to make sense of—and perhaps make peace with—an aspect of the writer’s life.

It is an exterior and interior expedition, a quest for meaning. 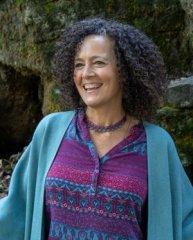 She is also the creator and facilitator of Memoir Writing Ink, an interactive online program that guides people through the process of transforming personal stories into memoir.

Do you have a personal story you wish to write?

Do you wonder how to craft your story to make it compelling reading for others? Or how to structure it so it holds together? Or how to write about difficult memories? Or how to write truthfully about something that happened decades ago? Or what to do if someone else remembers the same events differently, or if they don’t want you to write your story?

These questions can paralyze us, but that doesn’t need to be the case. In fact, those same questions can be the doorways to the finest iterations of your story.

If you’d like to learn more about her 12-week course, visit: Memoir Writing, Ink

Alison also leads Memoir Writing Retreats – next up is in Tuscany, Italy in October 2022 and in April 2023.  Interested?  Tuscany Retreats