An interviewer once referred to my stories as “retro-cozies.” I liked the term and use it to describe my work.

A retro-cozy is an amateur sleuth mystery with no graphic gore, violence, sex, or language, and occurs in the past. What defines “the past” is up for grabs—I’d say any time before the 21st century.  My Sandy Fairfax series is set in 1993. The protagonist, a former teen idol, often refers to his TV show, which was filmed in the 1970s.  My newer series, the Psychedelic Spy, takes place in 1967.

Why do I use a time machine when I write? For Sandy Fairfax, I had no choice. I wanted to write about a ‘70s teen idol because of the culture of that time when teen idols were promoted through TV shows. I like the melodic songs from the era, the cheesy clothes, and the drama that often took place behind the idols’ innocent façades.  \

Sandy was 18 when his TV show started, so if I set the books in today’s world, he would have aged up to 61 or so. But I wanted to write about a younger man who could still do his own stunts and would be making a comeback, not plans for retirement. The year 1993 places Sandy at age 38, still agile but facing a midlife crises.

For the second series, the ‘60s is a ripe era for storytelling: war protests, civil rights and women’s movements, the generation gap, influence of Eastern religions, and the Cold War.  I love the culture of the age, the bright colors, pop art, rock music, movies, mod clothes and hairstyles. Let’s face it, women’s clothing styles in 2018 are—dare I say it—drab and ugly.

I like the simplicity of past times. I use a computer, but I’m out of touch with today’s technology. I don’t even own a cell phone (gasp!). I gave up trying to figure out streaming services, podcasts, YouTube videos, Twitter, social media and whatnot.

If a contemporary protagonist gets in trouble, all she has to do is whip out her cell phone and call for help. Ho hum. But my protags have to think and fight their way out of their predicaments. If my protags need information, they can’t Google or ask Alexis; they have to put in the legwork. They need hard evidence, not just a DNA sample. With fewer crime fighting tools at their disposal, my heroes work harder.

People who stare at their phones or computers all day bore me. Characters who talk face-to-face are more interesting than those who send texts. Modern technology is helpful in real life, but it’s a story killer.  When I read for pleasure, I want to escape into another world, away from the commotion of modern times. Writing a retro-cozy lets me, at least in my mind, take a break from today. 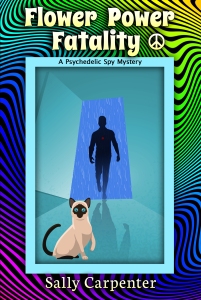 In “Flower Power Fatality,” Noelle McNabb is an actress at a Christmas-theme park in Yuletide, Indiana. Her drab routine is interrupted when a stranger shows up on her porch with a bullet in his chest. Then, a super-secret spy agency recruits Noelle to find missing microdots along with veteran agent Destiny King. As Noelle goes undercover, she finds herself dancing in sleazy nightclubs and chasing bad guys at night while wondering who is going to feed her pet cat.

My next project is putting my first book, “The Baffled Beatlemaniac Caper,” back in print. Washed-up pop star Sandy Fairfax, in a desperate move to get his career back on track, takes his only job offer—a guest appearance at a disorganized Beatles fan convention in Evansville, Indiana. What look like an easy gig turns deadly when a member of the tribute band is killed and the police finger Sandy as the prime suspect. 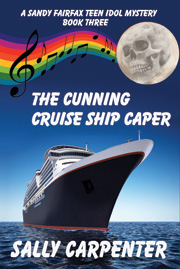 Her first book, “The Baffled Beatlemaniac Caper,” was named by Left Coast Crime as a 2012 Eureka! Award finalist for best first mystery novel.  She penned chapter three of “Chasing the Codex,” a group mystery written by 34 authors with Cozy Cat Press and has stories in three other anthologies.  She’s a member of Sisters in Crime/Los Angeles and blogs monthly at https://ladiesofmystery.com/ . 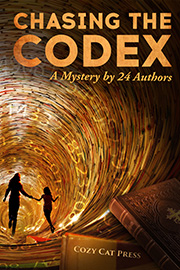 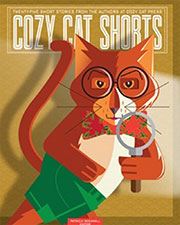 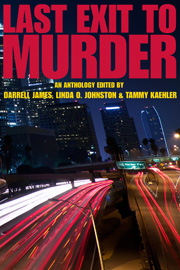 For more about Sally Carpenter and her books, go to http://sandyfairfaxauthor.com/   Reach her on Facebook or email her at:  scwriter@earthlink.net .

*This blog article is posted for Sally Carpenter by The Writers In Residence member, Jackie Houchin