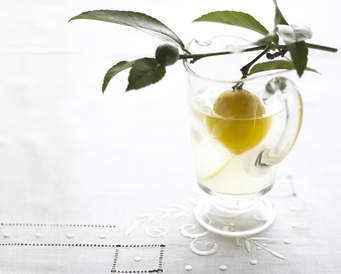 Whoever coined the phrase “making lemonade out of lemons” must have had an acerbic wit. As a champion receiver of citrus, I’ve always tried to look at each situation as a challenge instead of a mountain of acidity, despite the after-taste.

My most recent pitcher of lemonade appeared last year, when I finished Book 2 of the “Indelible” mystery/suspense series and contacted the publisher of Book 1 to find out how much of the completed manuscript they wanted to see. After two attempts, I was told to send “whatever you want.” I sent a partial and waited, then waited some more. Much more. Months.

I then emailed the editor-in-chief, who said she had just returned from an extended hiatus. She told me to send the entire manuscript immediately, which I did. The contract came. I signed it. The CEO signed it. I breathed a sigh of relief. Then the momentum, which had built to its normal level, ground to a halt as I waited for my editor to be assigned. And waited.

A sense of foreboding crept over me. Bushels of lemons rolled onto the horizon and waited, poised to roll into my lap. I tried to ignore them. After all, progress had slowed one time before. They were probably just running behind due to the EIC’s absence.

But then it came…an email from the publisher, returning my rights due to their poor quarterly returns for the second quarter in a row. I wasn’t their only author to receive that email, the EIC assured me. She said the staff was upset about the situation. I found little comfort in that knowledge.

There had been other signs that the publisher, despite its growth and a propensity to purchase smaller competitors, was itself in trouble. One huge misstep resulted in all titles from one of those buy-outs, including one of my own e-books, suddenly disappearing from Amazon. Apparently, when the old site was pinged without success, Amazon believed the publisher had closed, not that the titles were in the process of being moved to their new home. A year later, despite an email from the publisher that explained all the titles would be reloaded “in a lengthy process,” that still hasn’t happened. Perhaps they are busy making lemonade, too.

I couldn’t afford to sit around waiting for my two year contract on “Indelible” Book 1 to expire before offering both books in the series to another publisher. Readers had been asking when Book 2 would be available. Since it had already taken me close to 3 years to get Book 2 out of the starting blocks (including the 9 months wasted over that abortive contract,) I decided there was only one way out of my dilemma, and that was to self-publish “Indelible” Book 2, “A Swift Brand of Justice.”

Self-publishing has become more accepted during the last few years. Many popular authors have departed their small publishers, taken back their rights and chosen that route. Financially, it makes more sense for them. They already have a fan base, and their back-listed books have all been edited and formatted. All they need are new covers. They no longer have to share their profits with the small publishers, who find themselves, as a result of this exodus, left with newer and less well-known authors. Their piece of the pie has become much smaller, and their bottom line has suffered as a result. Many of them have folded and others are in financial trouble.

For those of us who find our books orphaned (and there are a growing number of us,) “DIY” has morphed into an acceptable solution. I know of several other writers who have had to move their series from the original publisher. I will be another. After I complete Book 3’s manuscript, I hope to find another home for my series. If I don’t, then I know I can continue self-publishing and growing my brand, instead of waiting months, even years for a contract.

I just self-published a second book. This one is the stand-alone suspense, “Night Shadows,” I was working on when my rights were returned for “A Swift Brand of Justice.” In order to retain and grow my readership, I need to offer new material on a regular basis. That won’t happen if I’m marking time while I wait for responses to queries, partials and even full manuscripts, or unexpectedly have my rights returned again.

I would much prefer the support and expertise of a new publisher. But if that doesn’t happen, and I need to self-publish again, I know I can do it. I still need to build my support list. Finding reasonably-priced editors is one challenge I haven’t yet mastered. But I’m getting better at designing my own covers, and the learning curve isn’t as steep or as angled as it was before those lemons rolled into my lap.

I’m keeping the pitcher handy as I write the first draft of “Swift Retribution,” Book 3 of the “Indelible” series, but I’m not resigning myself to using it yet. Hope springs eternal, but this time it’s couched. The publishing industry as a whole is in a state of flux, and these days, writers need to be ready for anything. Even a fresh bushel of lemons.

Heather Ames knew she was a writer from the time she won first prize in a high school novel contest. An unconventional upbringing gave her opportunities to travel extensively, leading to nomadic ways and an insatiable desire to see the world. She has made her home in 5 countries and 7 states, learning a couple of languages along the way. She is currently pitching her tents in Portland, Oregon, and after a long career in healthcare, made her dream of writing full-time come true.

Heather is a current board member of the Harriet Vane Chapter of Sisters in Crime and a member of Toastmasters International. She moderates an online critique group and a local book club.

First, I am a believer in Jesus Christ, so my views and opinions are filtered through what God's Word says and I believe. I'm a wife, a mom, a grandma and now a great grandma. I write articles and reviews, and I dabble in short fiction. I enjoy living near the ocean, doing gardening (for beauty and food) and traveling - in other countries, if possible. My heart is for Christian missions, and I'm compiling a collections of Missionary Kids' stories to publish. (I also like kittens and cats and reading mysteries.) View all posts by Jackie Houchin

5 thoughts on “Backpacking With a Pitcher”

Join 488 other subscribers
Follow The Writers in Residence on WordPress.com