Rosemary wrote her first book when she was ten years old – for her little brother. She also illustrated it herself. It was later rejected by Random House! She has been writing ever since.
The author of Best Sellers Hollywood Then and Now and Los Angeles Then and Now,  English born Rosemary Lord has lived in Hollywood for over 25 years. An actress, a former journalist (interviewing Cary Grant, James Stewart, Tony Hopkins, John Huston amongst others) and a Senior Publicist at Columbia Pictures, she lectures on Hollywood history. Rosemary is currently writing the second in a series of murder mysteries set in the 1920s Jazz Age Hollywood featuring Lottie Topaz, an extra in silent movies.

WHERE DID I GET THAT FROM? – My Childhood Reading bug…. by Rosemary Lord

Luckily for me, I come from a family that loves reading, loves books.

My dad always had his head in a book: mostly mysteries. Shelves were lined with well-

thumbed Agatha Christie novels, Lesley Charteris’ Simon Templar The Saint books. Dad read George Simenon’s whodunits about Inspector Maigret, in English and in French. From my mum and sister, Angela, came the gateway to a swathe of other adventures.

Johanna Spyri’s Heidi is one of my earliest recollections. Even today, when things get too much, I think back to the grassy Swiss mountainside where young Heidi lived with her grandfather, her best friend was Peter-the-Goatherd and her diet was toasted bread and cheese washed down with milk straight from the goats. Yum!

Edith Nesbit’s The Railway Children followed – three children, living alongside a railway track, trying to solve the mysterious disappearance of their father.

It was Enid Blyton’s books about The Famous Five – five young friends who get involved in school-holiday adventures – that got me interested in mysteries, long before I discovered the grown-up Agatha Christie titles.

My brother Ted says that, when he was old enough to join the local library, his Library Card was his proudest possession. “That first Saturday, I was allowed to take out The Secret Island (by Blyton). I dashed home and read it cover-to-cover. Later that afternoon I hurried back to the library to return it and take out another book. The Librarian told me I could only take out one book a day! I was devastated.”

I graduated to one of my sister’s favorite authors, Noel Streatfeild. Ballet Shoes was the first in the tales of three orphaned girls enrolled in a dance academy. Each girl’s dream takes them in different directions. My sister wanted to be a ballet dancer – I harbored secret dreams of being an actress, at that time. 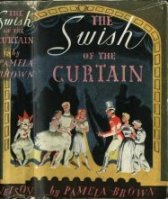 While, on the other side of The Pond, American girls steeped themselves in the adventures of Nancy Drew, I had now discovered Pamela Brown’s book, The Swish of the Curtain. This was a series about seven stage-struck children who form an amateur theatre company. Brown was 16 years old when she finished this, her first novel. Her income from the book paid for her to attend R.A.D.A and become an actress.

It was Brown’s book, Maddy Alone, that took me in a different direction. When a film company arrives in the local town to shoot, Maddy is ‘discovered’ to play a big role in the movie. I then realized that it was movie-acting that I really wanted to pursue.

As a side-line, I loved the rebellious, naughty adventures of Pippi Longstocking, by Astrid Lindgren, and followed her fashion sense: the freckles I had in spades and I liked pigtails and her red-and-white striped stockings.

As I grew older, I raided dad’s Agatha Christie collection, then onto his F. Scott Fitzgerald and Raymond Chandler books. Ah! ‘America here I come,’ was my new song.

With a steady diet of Hollywood Movies on Sunday Matinee on ‘the telly,’ a direction began to emerge.

So I did start out as an actress in England on ‘the telly,’ on stage and in films – amidst 101 boring ‘temp’ jobs. I wrote articles for the English magazines to pay my way, never thinking for one minute that I would ever really be taken seriously as a writer.

I ended up in Hollywood working as an actress for years. At the same time I was writing articles about Old Hollywood, becoming more and more hooked on the history and the mysteries of Tinsel Town. Until I finally became a published author with Los Angeles Then and Now, followed by Hollywood Then and Now. The world of acting was a fading image in my rear-view mirror. Who needs acting!

With the lectures and conferences I attended, I was introduced to an amazing new world of writers. Many were mystery writers. We spoke the same language. They were immediately encouraging, supportive and generous with their knowledge. I began to write mysteries set in Old Hollywood. I finally felt at home.

Today, when I meet up with my family, we still talk books and writers – just as I do with my writer friends here in Los Angeles.

Lucky for me, the seed was planted early in our family. I think we learned to read almost before we were big enough to hold the books.

So, fellow bloggers and dear readers, what are your earliest memories of reading? The first books you read? Which books had the most influence on your growing up – on your life? I’d love to hear the American counterparts of my literary diet.

Rosemary wrote her first book when she was ten years old – for her little brother. She also illustrated it herself. It was later rejected by Random House! She has been writing ever since.

The author of Best Sellers Hollywood Then and Now and Los Angeles Then and Now, English born Rosemary Lord has lived in Hollywood for over 25 years. An actress, a former journalist (interviewing Cary Grant, James Stewart, Tony Hopkins, John Huston amongst others) and a Senior Publicist at Columbia Pictures, she lectures on Hollywood history. Rosemary is currently writing the second in a series of murder mysteries set in the 1920s Jazz Age Hollywood featuring Lottie Topaz, an extra in silent movies. 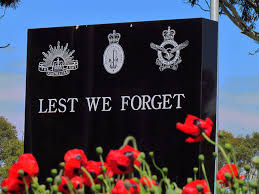 Don’t you sometimes wish you could stop the clocks – just for twenty-four hours – so you could catch up?

How do I get it all done?’ Is my constant cry lately. And most of all – when do I have time to write?

Maybe if I had a different schedule… “I write as soon as I get up and keep going until lunch-time…” I have oft heard from successful writers. But despite setting my alarm for an hour earlier, the early morning is so busy: overnight emails to answer, unexpected phone calls – always someone with an urgent question or a problem, another fire to put out – until I have to leave for the office, where my latest quest is saving and restoring a 110-year-old historic Hollywood, charitable organization that was almost felled by a predatory attempted real estate grab.

I’ll write in the lunch hour…. Who gets a lunch hour these days?

How does one make time to write, when the rest of your life is so distracting? I’m clearly not disciplined enough, as I snatch ten minutes here – a stolen fifteen minutes there and, occasionally a whole hour to write. Bliss!

As I drive to appointments or to the market I write in my head, make hurried notes at my destination. Then I question my intentions. Perhaps I am avoiding writing a Blog piece or completing my next novel. What if it’s not perfect? Not exactly the way I want it. If I don’t complete it – I’ll never know. “C’mon,” I tell myself, “writing has to be your priority. It’s what you love to most in the your life. It’s what you are meant to do…”

I look around for clues and for inspiration from other writers for ways to devote more time to write. I think so many of us these days are facing this same challenge in this busy world. Oh, the books I have in me that need to be written.

My best time to write is at the end of the day, when I’ve taken care of everything else, the phone won’t ring and it’s quiet. But lately, as I sit at the computer, I nod off – and come to about forty minutes later, hands poised over the computer keys. Bum! I’ve just lost most of the precious hour I had intended to use to write.

That is, until last night, when I opened my bleary eyes from another unintended nap over my computer. I noticed the red poppy on my desk. The red poppy that I had brought back from England from the last “Poppy Day.”

I felt ashamed. I felt like a spoiled brat, bemoaning that I had no time to write, as I

remembered those brave men and women who had no time to think of anything, except their fight to save their country and our world from tyranny. All those ordinary – yet extraordinary – folk who have stood between us and harm’s way throughout the ages. They sacrificed their lives so that we could have the freedom to live on.

In England we call November 11th Remembrance Day, when we remember all those who lost their lives in various conflicts. The Remembrance Poppy was inspired by the poem “In Flanders Field” written in May 1915 by Lieutenant Colonel John McCrae, after he noticed all the red poppies that had grown over the graves where so many soldiers, nurses and others were buried in that far off Belgian field in the first World War.

Since 1919, our fallen ones have been commemorated in England with two minutes silence at the 11th hour, of the eleventh day, of the eleventh month. This marks the end of World War One, known as The Great War, in 1918.

Since then, time stands still in Britain for these two minutes. In London, as Big Ben rings the last stroke, traffic comes to a stand-still. Red London buses, black taxi-cabs and delivery vans come to a halt in central London and throughout the country. Pedestrians stop, many bow their heads as a sign of respect for all those who have fallen in conflicts since then. So much is said in that two minutes silence.

In their honor we wear artificial red poppies in the days leading up to Remembrance or Armistice Day – known as Veterans Day in America – as we all unite in paying our respects to those who sacrificed so much to give us our freedom.

And I am truly humbled and embarrassed that I was moaning about not having enough time to write. Those we remember on this day would love to have lived long enough to have such simple problems. We remember and honor the fallen today, as the tradition says, LEST WE FORGET.

Rosemary Lord 2015
Follow The Writers in Residence on WordPress.com