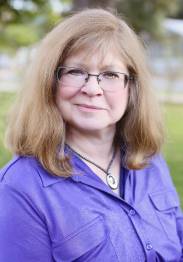 Linda O. Johnston, a former lawyer who is now a full-time writer, writes the Barkery and Biscuits Mysteries for Midnight Ink. She has also written the Pet Rescue Mystery Series, a spinoff from her Kendra Ballantyne, Pet-Sitter mysteries for Berkley Prime Crime.  She additionally currently writes the K-9 Ranch Rescue miniseries for Harlequin Romantic Suspense about a ranch where dogs are trained, as well as the Alpha Force paranormal romance miniseries about shapeshifters for Harlequin Nocturne.  And yes, they all involve dogs. Her most recent release is her 46th published novel, with more to come…soon.

I’m thrilled that I’m having four novels traditionally published this year.  I love being busy.

But can you be too busy doing what you love?  Oh, yes!

I’m used to having deadlines, of course, with my fourth book this year to be my 50th published novel, as I mentioned before.  And I’ve always been able to negotiate deadlines that work for me.

This past week, though, was a bit nuts.  I already had a February 1 deadline for the fourth book of the year, which will be my last paranormal romance for Harlequin Nocturne.  I then received some detailed copy edits for my fourth Barkery & Biscuits Mystery, which will be published in May by Midnight Ink–and the revisions also had a February 1 deadline.  And in the middle of this, I had to take time out to come up with some additional title ideas for the second of my K-9 Ranch Rescue romantic suspense novels to be published this year by Harlequin Romantic Suspense.

I also had family things to do, including responding often to my dogs’ requests to go outside while I’m sitting at my computer working.  Obviously that can’t be ignored.  Neither can demands to be snuggled.  Plus, I’m taking my younger dog to her second round of obedience classes and need to practice what she learns with her.  We also had family in town whom we got together with a lot for meals and more.  And then there’s the normal stuff: sleeping, eating, shopping and more.

So how do I deal with it–and how should you, whether or not you’re a writer, handle it all?  For whoever you are, and whatever you’re doing, we all face times when there’s more to do than we hope or expect.

The answer?  Just dig in and do it!  And yes, I recognize that we all have lives in addition to our writing.   Some of us have full time jobs, young families who aren’t only pets, and other responsibilities as well.

So… expect it.  Plan for it.  Think about it, don’t obsess–but do it.  Schedule things the best way you can, and recognize that those things may change as you go along.  You’ll adapt.  You have to.

So where am I?  Well, I sent in my title ideas and received word that they chose something similar to, but not identical with, one of my suggestions.  I finished and sent in my Barkery edit comments first, and I’m currently finishing the manuscript for my last Nocturne.  I feel pretty good about how I’d been able to work it all out, although all I had to do meant I haven’t had much time to work on two ideas I’ve had in the meantime for some additional stories.  But that’s okay.  February 2 is on its way, and then I’ll only be under a June 1 deadline for my next book.

Soon it’ll be time for ideas to flow!

And you?  How do you do everything?

14 thoughts on “Hot to do Everything by Linda O. Johnston”