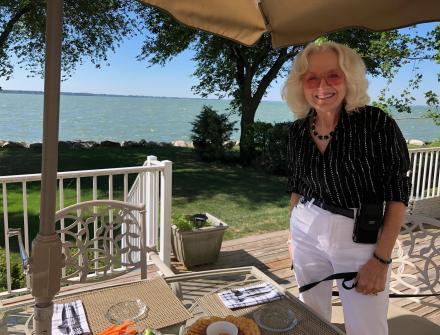 Hopefully, writers are also readers. We really need to see what others are doing, not to copy their story, but to learn what works and what doesn’t quite get the job done. Thankfully, many writers have their own unique style, though I have read many books that were a tad too much like twenty other authors’ work. Even movies and television shows fall into that category of being like every other show or movie out there. Unfortunately, many current publishers and producers prefer to stick with whatever worked before and won’t venture into a Brave New World. Their loss.

But what if you stick with your original story and don’t want it changed? (1) You don’t sell it to a major publisher/producer. (2) You find a small publisher or studio that doesn’t ask for too many changes. (3) You find a vanity press that lets you do what you want but you don’t make all that much money on the deal, or (4) You self-publish and make even less money unless the winds are favorable and you actually get the recognition you were hoping for. People like Mark Twain, Beatrix Potter, Steven King, Charles Dickens, and even Benjamin Franklin self-published. Their books found fame after the initial publication, but they did start out doing the job themselves.

I have heard many stories about those who sold their work to Hollywood and ended up basically selling their soul in the deal when the entire story was rewritten into something the author wouldn’t recognize. That’s the name of the game. You sell the movie rights to a production company and just walk away with the check in your hand and don’t look back. Really big name writers can negotiate a contract that keeps most of their work intact. Good for them. Some writers might sell the first script/novel/story to Hollywood and if it is a huge success, even if it was gutted and rewritten, their agent negotiates the next deal and the writer keeps his next story intact. Sylvester Stallone didn’t give up his rights on the Rocky movies and it worked out for him. But that isn’t the norm.

So what does a writer do to keep her story close to what she envisions? If the writer reads a lot of books and watches a lot of current movies and takes note of what type of story any given publisher or producer seems to like, she might gear her story toward that type of writing. That doesn’t mean turning out a carbon copy of the previously published or produced story, but the writer probably should stay within those known parameters. And as I said before, lots of work out there kind of looks the same as everything else you see or read.

Now if you are as frustrated as I am with this nonsense, you will just write your book the way you want, try to find an agent and/or a publisher that likes your work as is. You might be willing to change something on the surface, but if it is a slash and burn request that totally guts your work, you might want to go to another agent and/or publisher, or self-publish.

So what are you willing to cut out of your work? Its heart? Its soul? It’s a tough question to ponder and even harder to answer. Think about it. Write On!

19 thoughts on “What to Cut Out of Your Story”

Join 489 other subscribers
Follow The Writers in Residence on WordPress.com