For the past several months I have often wondered when I would succumb to the inevitable and find that one morning I have woken up woke.

If so, what would it mean? When would the barrage of new phrases and words all find their way into my mysteries?  That alone is a mystery, one of wonderment as I ponder the problem. The main issue, I assume, is finding the correct context for such slang as “snowflakes” when I am writing about my main character, Tosca Trevant, as she sunbathes in Newport Beach, California. Turns out that calling someone a snowflake is an insult. The connotation is beyond me but I can just imagine her whispering furiously in denial as I write.

Perhaps I should send her “catfishing” after having a “glow-up” as part of the plot. Translated, catfishing appears to mean using a fake ID, and glow-up refers to using make-up in order to make oneself more attractive, although it can also refer to using cocaine. I should confess here that the British phrase, “nighthawking” has been around forever in the UK and widely used in books and film. It was recently used in the TV detective series, “Midsummer Murders,” and means poaching, trespassing to hunt rabbits and wild life illegally at night.

What about “gaslighting?” To my mind the expression would necessitate sending Tosca back in time to that glorious era when gas lit our street lights, lamps, and stoves. Ah, but I was able to understood it quite easily when I remembered how the dastardly Charles Boyer would alternately lower and then raise the gas to make Ingrid Berman think she was going crazy.

The word “doxed,” however, had me baffled until I Googled it and found it means luring someone into a relationship, usually with malicious intent, and using an online dating service. Now, doesn’t the word “lure” conjure up a far more sinister image than dox? I also think that anything beginning with “dox” sounds like something Shakespeare would write, or thundered aloud by King Henry VIII, and is akin to “pox.”

According to my trusty Roget’s Thesaurus, under the reference for “doxology,” there are many meanings, almost all relating to religion and one to “malicious intent.” This term has a far more ominous foreboding to it than dox. Even using it in context in conversation would, I think, raise eyebrows. 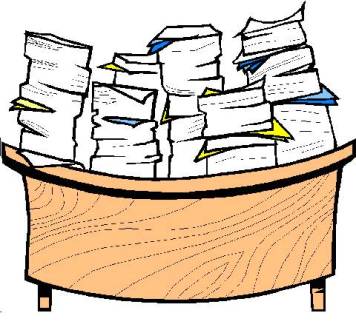 Which brings me to “shadow banning,” and its offshoot, “stealth banning.” The first version is weird but the second phrase is much more clear. But both well and truly stumped me, even when I took them separately. How was I to use the phrase in a book unless, perhaps, I was writing a ghost story? Would the plot require me to ban shadows? I once wrote a magazine series about a ghost-hunting couple who went on to have a TV show, but I know for a fact they were seeking what they believed were real ghosts, not shadows. This week, defining the phrase resulted in my learning that shadow banning means blocking someone from using their social media page without their knowledge.

How about “cancel culture?” Seems as if all these new words have negative meanings. I suppose that cancel culture means boycotting someone’s ideas and beliefs, or their culture and replacing it with something more acceptable – although I ask who is making those decisions?

Reviewing all of these slang words, most of which have not yet been added to my computer’s Spelling program, I wonder how long before they will be replaced with others, and how can writers keep up? I scoured a few of the latest mysteries recently released and could find none of the above, just old-fashioned, familiar words that can be understood by readers, as they have been for centuries.

Will we be left behind if we don’t keep up with the new language? Will publishers need to pull our mysteries and re-edit to replace the offending words we have lovingly crafted and insert instead the current phraseology? Or should we wait awhile for the truly latest? Only on television have I heard any of the above weirdo words used, mostly by news broadcasters with woke as their favorite. One last note, some of the slang has now been translated into other languages, including Urdu.

What is your favorite gripe, if any, about our new English language? Are you planning to use it in your mysteries and thrillers? Perhaps we should include a glossary at the beginning or back of the book. Or not. Either way, I am off to get a glow up, do a little catfishing, and dox my landlord. 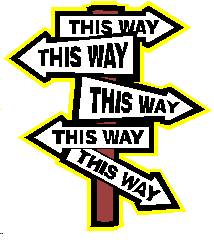