I have just returned from a long weekend in Vancouver – as you do. I went up there for the Left Coast Crime Writers’ Conference, A Whale of a Crime!

The air was fresh with Spring promise and the weather mild – after much cold and rain, I am told. It was expensive. All the attendees were moaning about this – until some of us found a hidden MacDonald’s and the Canadian equivalent, Tim Horton’s. But the local people and hotel staff were very friendly and helpful as we rushed from lectures to book-signings at the Hyatt Regency Hotel in downtown Vancouver, just a few blocks from the waterfront.  What’s not to like?

It was great to discover so many authors – mostly Canadian – new to me.

A Keynote speaker was British-born Maureen Jennings who emigrated to Canada as a teenager. She is now one of their most successful writers and author of the Detective Murdoch mystery series and, since 2007, a highly popular television series, Murdoch Mysteries.

Ghost of Honor was the late Canadian author, Laurali Rose Wright, winner of several awards for her mystery novels, who died in 2001. There was a special tribute to the late Sue Grafton, too. American Guest of Honor was cowboy author C.J. Box – who never took off  his cowboy hat .

There were many readers and book-fans, as well as authors. And there was much talk about getting kids to read. Apparently, today around 65% of children leave school not being able to read properly. I was shocked, as my family devoured books almost as soon as we could totter over to the book shelves. In some homes today, they don’t even have books. So there were discussions about how to help and encourage today’s children to read. 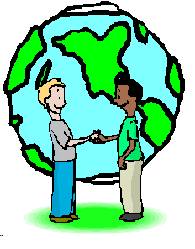 Another thing that was pointed out was the lack of children’s and YA books written with boy heroes. Boys need heroes, too. There are plenty of books with princesses and other assorted girl heroines. Most writers have female protagonist and there is a decided lack of boy sleuths and boy role models in today’s books for children and young adults.

When I was a kid, we had Enid Blyton’s wonderful adventures of The Famous Five and The Secret Seven: boys and girls solving mysteries on their summer holidays, often at the seaside where there were caves in which to explore, or on a grandparent’s farm. Very wholesome adventures, where these boys and girls meet up each holiday and get caught up in another adventure. But it was girls and boys, with equal focus. Today’s writers seem to focus only on girls.

Okay, fellow writers, how about that? Anyone inspired to remedy this? There’s a whole untapped market out there that publishers and writers could fill.

Another topic that came up during the children’s illiteracy discussions was how important it was to “get them while they’re young.” To guide and encourage children from a very early age to find their own individual path in life. To encourage children to think for themselves, to be curious about different subjects that will stand them in good stead as they grow older. How many of us writers knew from a very young age that this is what we wanted to do?  We just had to pursue other paths for ‘a real job’ to pay the bills – but we knew our ultimate goal, even if we wrote only in stolen hours.

Children need exposure to all sorts of different subjects in life – and not have their heads stuck in video games where they speak to no-one and lack person-to-person communication skills. Kids need to communicate with real people of all ages. This gives them confidence to deal with life’s challenges. And what better way to inspire this than through books they read.

I remember being taught to make my bed first thing in the morning. If you just do that each day, you have accomplished something. If you’re so down in the dumps that you think you have done nothing with your life, when you go to bed at night you see a freshly made bed – even if it’s not that neat. You did something that day. It is always the little, almost insignificant things that make the difference. Little things we can build on, little step by little step.

So, here I am surrounded by un-opened mail, half-unpacked luggage from my stolen literary weekend, tired from lack of sleep and jet-lag, with a mound of laundry waiting. I sleepily wonder what to do first? I promised so many new friends made at the Vancouver conference that I would contact them…. and yes, I would get new business cards made, finish my website… Most importantly, finish the second Lottie Topaz book. I have serious reports to write for the Woman’s Club with deadlines of today – for the sorry saga of saving this historic Hollywood landmark that is so close to great success.  I have to write the Writers In Residence Blog. I have a heap of bills to pay. I have nothing to eat in the fridge, so I need to go to Trader Joe’s. It is just getting too much. What was I thinking! I feel such a failure. Where do I start….?

I start by making my bed. There. I’ve accomplished something. Now I feel better. Now for a cup of tea….

24 thoughts on “START BY MAKING YOUR BED… by Rosemary Lord”