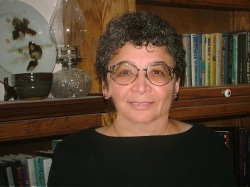 The trail leading to “why this post?” about visualizing characters—is twisty and meandering…

Trail-head number 1: Connotation and denotation[i]. I’ve wanted for awhile to do a post about how much a writer can potentially convey just by choosing a word that conveys more than a fact—but also has an “aura.” I’ve called it in the past, choosing the most-loaded word. A bend in the road with an uphill rise—also love alliteration, and especially if combined with words that denote more than their definition–even when just an impression. Though, there needs to be a shared or recognizable background for those words to work. So I’m often finding myself, especially in re-write and draft-reviews, trying to fin 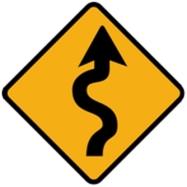 d that “perfect” word that will conjure up a particular image in the reader’s mind. At a minimum when stuck, adding peripheral-props, like a style of dress, or a slump of the shoulders, type of build, a turn of the head or other unconscious character mannerisms–even the type of car the character drives; instead of skin color, exact features, type of hair, or how the character “looks” in a mirror. Hopefully you get my drift even though these aren’t great examples. A starting “impression” a reader can create a real character from using their past life encounters.

of electronic gadgets like Smartphones, Kindles, IPods, etc. From somewhere in that discussion, audio books came up and I spouted-off about how much I liked them and what narrators I liked listening to.[ii] On the way home I also thought further about what writers I listen to, and realized my favorites mostly go on-and-on-and-on describing the physical attributes of their characters.

On the side of the road during a curving twist, in editing my latest, The Movie-Maker, it was rightly pointed out to me there’s not a lot of physical descriptions of my characters, and several could be “fleshed-out” a little better.

So, I went back and flipped through my latest (something I seldom do because it’s too late to rewrite…), but I wanted to know what I actually do/did—versus what I like to read, and what I might want to change in future books.

And yes—unfortunately or fortunately—depending on your writing-style perspective, a lot of visualizing my latest cast of characters is left up to the reader without lengthy descriptions from me. Nonetheless, that night I so enjoyed listening to my latest audio book, a very long-winded character description in Margery Allingham’s The Fashion in Shrouds– brought to life by narrator Francis Matthews. I’m not sure if I saw the person(s) Margery wanted me to see, or if somehow, a key word(s) she used triggered in my memory a real person I’ve known or met? But Georgia Wells and others were very real. Hmmm. Dueling perspectives—even goals?

Bottom line I think, is creating identifiable characters—and by that I mean characters a reader can visualize in their mind’s eye, feel they know, and maybe even identify with—is

neither easy, nor as linear as it at first might seem. The often given writing advice, “show not tell,” can definitely also be applied to character description–but it’s not the whole story either. I don’t think it’s easy—yet another writing goal ha! But an aspect of writing well worth being thought about when you’re doing that last draft. And asking the questions, “How will the reader picture XXXX in their mind’s eye? Have I given enough clues? Not enough description? Too much description?”

A side detour: (for a future post unless the road turns again)—the Hercule Poirot character I will always have in my brain is not the “person” I initially conjured-up from Agatha Christie’s realistic descriptions of the great detective in her books. No, it is David Suchet. Bringing up the question of what film actors and audio-readers bring to the character visualization table? And then there’s what picture a choice of a character’s name brings.

Happy writing trails! (even though sometimes circular, winding, and many times, an uphill climb.)

[i] Connotation – “An idea that is implied or suggested.”  Denotation – “The most direct or specific meaning of a word…”

12 thoughts on “Impressionism or Realism?”