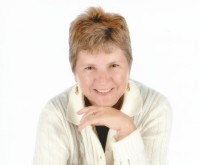 Jacqueline Vick is the author of over twenty short stories, novelettes and mystery novels. Her April 2010 article for Fido Friendly Magazine, “Calling Canine Clairvoyants”, led to the first Frankie Chandler Pet Psychic mystery, Barking Mad At Murder, followed by A Bird’s Eye View of Murder. Her first Harlow Brothers’ mystery, Civility Rules, is out in ebook format and paperback. To find out more, visit her website at http://www.jacquelinevick.com.

I love flinch-free fiction. Think Agatha Christie. Rex Stout. P.G. Wodehouse. I want to enjoy the book I’m currently reading, not suffer from nightmares for weeks after I close the pages.  I’m not interested in a sex manual, and I also don’t need to learn any new dirty words. I don’t want the characters to sound like the squeaking mice from an animated cartoon, but I don’t need to be subjected to a diatribe on __________ (insert cause here .) What’s a girl to do?

Fortunately, after reading my Rex Stout and Agatha Christie collection again for the umpteenth time, I ventured–cautiously–into some new writers. New to me. I was pleasantly surprised, and I’d like to share some of them with you in case you’re looking for a good read. 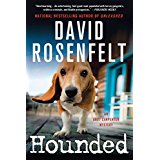 Dave Rosenfeld brings us the Andy Carpenter mysteries. His character is a defense attorney who inherited a pile of wealth, so he spends most of his free time with the Tara Foundation, a dog rescue. The rescue is the launching point for the mystery, such as when a dog is stolen from the foundation only to turn up next to a corpse in Who Let the Dog Out? And yes, I do plan to purchase The Twelve Dogs of Christmas for my holiday reading list.

picked up Ashley Weaver’s Death Wears a Mask based solely on the cover, so I guess good covers do matter. I found a fun world that revolved around Amory Ames and her playboy husband, Milo. The back cover described it as Agatha Christie updated, and I thought it came close. This is the second book in the series, so I’ll have to go back and start with number one.

I discovered Julia Buckley on a blog. Don’t ask me which one, because I can’t remember. I thought her book sounded intriguing. A writer takes on an apprenticeship with her idol, and the first day there, a dead body turns up on the beach below the house. She reminds me of a slightly restrained Dorothy Cannell (The Thin Woman.)

L. Hecker’s Yankee Peddler is more of a farcical social commentary than a mystery, but it’s so funny I had to include it. Ambassador Elizabeth Sullivan Wexford Adams sets out to sell the Litanians on “The American Way.”  Hard to do when these isolated islanders have never heard of the USA.

That’s probably enough to get you started, especially since, if you enjoy the books as I did, you’ll want to read the entire series.