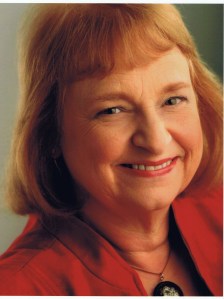 Heather Ames has two published e-books to her credit, along with numerous short fiction pieces and non-fiction articles. She has also produced, written, directed and edited two documentaries that aired on cable access on the East Coast. Along with her writing, she works with clients as a writing coach as well as keeping her day job in healthcare. A native of England, Heather lived in France, Spain and Italy before emigrating to the U.S. She recently settled in Portland, Oregon, where she’s working on her thriller series. Set in Miami,  Indelible and its sequels, Swift Justice and Maine Issues, feature a Miami-Dade homicide detective and a feisty, atypical socialite.  Welcome Heather!

There are many ways to e-publish today. Which method did you choose for your books, and what factors led you to choose them?

After researching the e-publishers, I picked one who was open to submissions and was actively looking for new writers with out-of-the-box romances. Unfortunately, although the editor liked my writing, she didn’t like the plot line or the characters in the book I submitted. 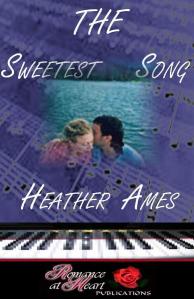 The second publisher on my list, Romance At Heart Publications, was a new publisher. I figured I stood a better chance with them, since their inventory had to be low. I submitted to them in late spring and waited, then waited some more. I even tried emailing them during the summer to find out if they were still considering The Sweetest Song. Suddenly, the week of Thanksgiving, I received a “Congrats, we want to publish your book” right out of the blue, accompanied by a contract and an explanation that they had been through some editorial changes since my manuscript reached them.

My fellow writer and friend, Vikk Simmons, kindly gave me an intro to AweStruck. She told me they were accepting manuscripts after being closed to submissions for a while, and gave me permission to use her name in my query letter. She’d had two young adult novels published by AweStruck and really liked both the editor and publisher. By the time I got everything pulled together for All That Glitters, I really squeezed under the wire by sending my partial right before midnight on the day the submission period closed again. Thankfully, Vikk didn’t have to find out she had recommended a dud, because I received another “Congrats” and a contract in a much shorter timeframe than with RAHPubs.

What are some of the pluses and minuses to e-publishing? What should writers consider when they’re contemplating the e-publishing route?

For me, there have been a lot of pluses: I got answers from all 3 publishers within months, versus manuscripts hanging out more than a year on average with the print pubs. I received a lot of very positive feedback, my editors were terrific (knowledgeable, supportive and very perceptive) and everything was accomplished online. The pub dates for my novels were also a lot earlier than they would have been with any print pub, so I had two publishing credits to my name within a relatively short period of time.

The biggest minus is the pay. Yes, I get a bigger slice of the pie with the e-publishers, but because their distribution isn’t via book stores, I have to do a whole lot of marketing. I also have to get potential buyers over the “Can’t I just get it in book form?” by explaining that they can either read the novels on their computer screens or download and print them. It’s surprising how many people balk at printing up the necessary amount of pages, when they’re spending a lot less on the actual download than they would if they bought a physical book at a bookstore.

Nowadays, of course, there are also the readers, such as the Kindle and the Sony. They are changing a lot of minds when avid readers figure out that they can have access to a large number of books at any time without having to drag around an extra suitcase when they travel or agonize over which books to recycle when their available space fills up at home.

Your e-novels tend toward the romance genre, with a bit of suspense and mystery in the mix. Your current book, Indelible, is a thriller with elements of romance and murder/mystery. Any tips on how to successfully balance multiple elements within a novel?

It’s more of a juggling act than a balance. I try not to overwhelm the plot with the romance or the romance by the plot. I tried submitting to Harlequin Intrigue and Harlequin American while agented, but despite being asked to send a couple of entire manuscripts after the partials had been submitted, they were rejected because my themes were too graphic or scary for romance readers, or the editors felt the plot overwhelmed the romance. I learned a lot from those submissions, including the fact that what I write won’t easily fit into genre fiction.

Based on the feedback I received, I completely reworked Indelible’s original plot line and I’m much happier with the result. I stopped trying to fit myself into a genre box and instead ended up with a novel that allowed me to explore the complexities of human relationships, including what happens when two people come together during a crisis and discover there’s more between them than self-preservation. 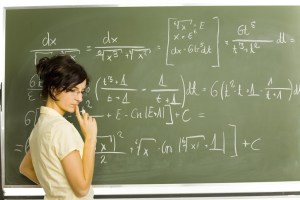 There’s no easy formula to my writing. Sometimes I get elements of a relationship, other times part of the plot. I try to place myself in my characters’ shoes and react as they would instead of how I would. Somewhere in the middle of the first draft, they tend to take over and tell me what they’re going to do, anyway. They just take me along for the ride, and hopefully, take my readers, too.

You’ve done a huge amount of research on the Miami scene, as well as on police procedures and firearms. Can you tell us a bit about your research process?

My first order of business in research is to make sure I familiarize myself thoroughly with the backdrop. Fortunately for me, I have friends all over the U.S., and they don’t mind accompanying me on scouting trips for locations, including everything from scenery to restaurants and in the case of Indelible, the local marinas.

For my next series, friends in Seattle took me to underground teen clubs, where I met with a manager and got his take on the runaways who frequent his establishments. I’ve also dragged Vikk Simmons down alleyways in Chicago and toured the Blue Ridge Parkway and the affluent areas around Asheville with another friend for settings I used in The Sweetest Song. Working in a county hospital system and an emergency room have given me frequent opportunities to weave less-than-desirable characters into my novels, but they have also allowed me to gain insight that I might never have obtained from any other source. 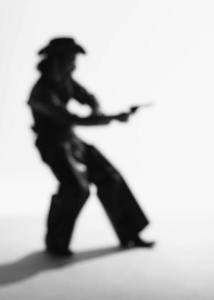 As far as the firearms are concerned, my son took me to a shooting range and I got to use a Glock, my detective’s weapon of choice. I actually learned how to reload it faster than my son could, and I was able to authentically channel my female protagonist’s feelings when she had to handle the gun in a crisis. GB Pool was also more than generous with her critiquing of the action sequences in Indelible. I’m always on a learning curve with firearms, as well as police procedures.

I watch a lot of TV shows, such as Forensic Files, Snapped and The First 48. I got my hands on a used copy of What Cops Know by Connie Fletcher (Pocket Books,) which tells stories from the streets in the words of the police officers themselves. I was fortunate enough, during the time I worked in the ER, to have frequent contact with the detectives working homicide cases. They gave us the backgrounds behind the killings and even updated us when the cases were solved. I saw some really gruesome sights, but I also learned what happened when bodies that were burned beyond recognition or were too decomposed needed to be identified. So often, it was the little things that made the difference, even in the years before forensics changed the entire playing field.

I bought the entire Writers Digest Books series to study procedures, firearms, etc. Now, of course, they are all out of date. It’s difficult to keep current these days. Everything changes so rapidly. I try not to go into too much detail, because I’m a lay person. I’ll leave the police procedurals to those in the know. I prefer to deal more with the emotional aspects of the cases I send my protagonists out to solve. I also tend to make them solve the cases with less fire-power and more brain-power.

You’ve also done work as a writing coach. What are some of the big issues that come up when trying to critique another writer’s work? What advice do you give a novice writer?

When I work with a fellow writer, I always make sure I’m not substituting my voice for theirs when I critique. The editing part is the easiest, although I have gone three rounds with people over sometimes the smallest details. It’s funny how they don’t object to having entire paragraphs reworked or even deleted, but they’ll quibble over a sentence or the placement of a certain small paragraph. It just shows how close we get to our work and how difficult it is to remove ourselves to a position of objectivity.

The first thing I do with clients is to work out a deadline for project completion. It can be dynamic, but it has to be there. As soon as that date is set, the project gets off the ground. The same applies to any novice writer–set a goal–whether it’s for completing a chapter, a section of a novel or the entire manuscript. For non-fiction writers, getting the first draft finished, the interview/s set up or even done, with the notes, etc. transcribed.

Having an outline is like having a game plan for the majority of people. I work with an outline on non-fiction projects as well as documentaries, but the only time I used an outline for a novel, by the time I finished the outline, I was done with the novel. I never wrote it past the first three chapters, because all the excitement of the project was over for me. We all have to figure out how we work best. 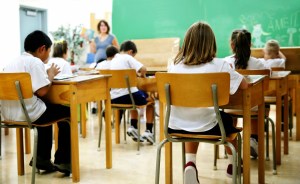 Novice writers need to take writing classes, attend seminars, workshops, and any other opportunities they can find to interact with other writers. They need to learn how to plot, how to structure, how to get inside their characters’ skins if they’re writing fiction, and how to cut their non-fiction pieces by a third or even a half. They need to know how to write a query letter, how to polish a partial, and how to pitch if and when they get the opportunity to sell themselves to an agent or an editor.

Lastly, they need to understand that they are not the next best thing that has ever happened to the publishing community, unless they are some sort of phenomena, in which case there will be no stopping them, and they won’t need my advice. And they also should understand that although writing is a solitary profession, it doesn’t need to be a lonely one. There’s a big community of fellow writers out there, and the majority of those writers are nurturing, supportive and completely understanding when it comes to burned dinners, forgotten hours in front of the computer screen, loss of sleep and dehydration. 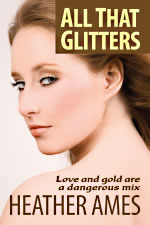 The Sweetest Song, Heather’s first published e-book, is available through Romance at Heart Publications  and All That Glitters can be found at Awe-Struck Publishing . Visit Heather on her web site .

3 thoughts on “An Interview with Heather Ames”