In the spring of 2018, I organized a volunteer program at a local high school. Together with three other writers, we mentor students in a creative writing class. Every semester we accept up to three pages of writing from the students, which ranges from chapters from novels-in-progress to poems, short stories to essays. We critique the work, make comments and corrections, and return it to the class. Their teacher has mentioned how much her students enjoy the process, how they anxiously await the feedback we provide.

Each time we begin a new round of submissions, we, too anxiously await the material, hoping to find both familiar names and new ones. Having worked with the class for over a year, including several students who’ve been in the program since it began, I’m delighted to see a steady improvement in their work.

Not surprisingly, some of the writing we’ve seen has been what can be called fan fiction, based on existing work. Beginning writers often borrow, sometimes heavily, from books they’ve read or what they’ve watched on TV. However, I recently received something that crossed the line.

One essay submitted dealt with a topic the student obviously felt strongly about, for the words, while lacking eloquence (or grammar), contained genuine emotion. However, by the middle of the second paragraph, I noticed a distinct change in the writing, enough so that I Googled a phrase from his piece. Sure enough, it turned up on the website of an organization, cut and pasted word for word.

I have no idea if the student in question understood how wrong it is to take another’s writing and pass it off as your own. I immediately notified his teacher, who assured me she’d talk to the author of that piece. That still left me with the critique. It’s not my place to discipline the student, but I felt I had to address the issue in a way that made the point without overstepping.

I began by making corrections to the part of the essay written by the student, along with suggestions on how to improve it. Just before the essay switched to the website’s words I added the following – everything in parentheses has been paraphrased to maintain anonymity: 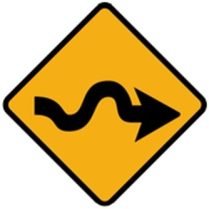 (Student), I am stopping my critique here, since this is where your words end and the essay you copied and pasted from (organization’s website) begins. What continues below is called plagiarism – taking someone else’s work and passing it off as your own. Aside from being illegal and dishonorable, you’ve weakened your message.

The part you wrote yourself needs some work. The grammar is not perfect and you have a lot of unnecessary words in it. However, it is heartfelt, moving and real. It’s obvious that you truly care about (cause), however imperfect your writing about them may be. While (organization) may be dedicated to (cause), their website is designed to raise money. You’re writing to inspire people to care about the problem and do something to change the situation, and you’re doing it from the heart.

I would like to see you go back and rewrite this in your own words. Then I will be happy to look at what you’ve written. I’ll help you put the final polish on it so it stirs the hearts of anyone who reads it and encourages them to help (cause).

Now I’m the one anxiously awaiting feedback from you. Do you think I handled this correctly? What would you have done?

(Due to computer idiosyncrasies, this blog was posted by G.B. Pool for Ms. Johnston. Computers have their own minds.)

15 thoughts on “WORD FOR WORD”

Join 465 other followers
Follow The Writers in Residence on WordPress.com