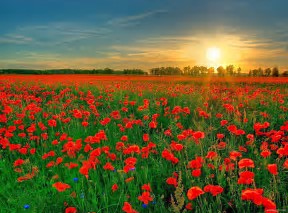 Rosemary wrote her first book when she was ten years old – for her little brother. She also illustrated it herself. It was later rejected by Random House!  She has been writing ever since.

The author of Best Sellers Hollywood Then and Now and Los Angeles Then and Now, English born Rosemary Lord has lived in Hollywood for over 25 years. An actress, a former journalist (interviewing Cary Grant, James Stewart, Tony Hopkins, John Huston amongst others) and a Senior Publicist at Columbia Pictures, she lectures on Hollywood history. Rosemary is currently writing the second in a series of murder mysteries set in the 1920s Jazz Age Hollywood featuring Lottie Topaz, an extra in silent movies.

Goodness – November already! November is the month we have an abundance of remembrances.

“Remember, remember, the fifth of November: gunpowder, treason and plot…” – so begins the children’s rhyme about the failed gunpowder plot of 1605 by Guy Fawkes, who tried to blow up the Houses of Parliament in London. Traditionally, on chilly November 5th evenings, we celebrated with bonfires in the garden where, as kids, we burned effigies of Guy Fawkes (simply known as ‘guys’), roasted jacket potatoes in the fire and drank steaming mugs of hot cocoa in the dark, as the grown-ups set off fire-works. For days prior to this, young children would parade their ‘guys’ around the streets on carts, asking for “a penny for the guy” – to earn money to buy the fireworks. Somehow, I don’t think this happens today… but it was fun while it lasted.

Every third Thursday of the eleventh month, Americans celebrate Thanksgiving, when we remember how thankful we are for living in America. We recall the many people and things we have to be thankful for and remember those brave pioneers, the Pilgrims and the early settlers who paved the way for us. In America, this is the biggest family holiday when we celebrate with turkey, pumpkin pie and all the trimmings.

And there is Remembrance Day: at the eleventh hour of the eleventh day of the eleventh month, Great Britain and allied and Commonwealth countries observe two minutes silence to honor those fallen in combat. November 11th marked the end of World War One in 1918 and November eleventh is still honored to this day. Also known as ‘Poppy Day,’ The British Legion sells red poppies that are worn in the days preceding November 11th, as a mark of respect, and wreaths of poppies are placed on public monuments.

This Remembrance, or Veterans’ Day, I was in London, viewing the seas of red poppies wherever I looked. So forgive me if I share once again, the comments I had written a couple of years ago, on the occasion of this solemn, yet so very proud, moving, tradition:

We honor all those ordinary – yet extraordinary – folk who have stood between us and harm’s way throughout the ages. They sacrificed their lives so that we could have the freedom to live on.

In England we call November 11th Remembrance Day, when we remember all those who lost their lives in various conflicts. The Remembrance Poppy was inspired by the poem “In Flanders Field” written in May 1915 by Lieutenant Colonel John McCrae, after he noticed all the red poppies that had grown over the graves where so many soldiers, nurses and others were buried in that far off Belgian field in the first World War.

Since 1919, our fallen ones have been commemorated in England with two minutes silence at the 11th hour, of the eleventh day, of the eleventh month. This marks the end of World War One, known as The Great War, in 1918.

Since then, time stands still in Britain for these two minutes. In London, as Big Ben rings the last stroke, traffic comes to a stand-still. Red London buses, black taxi-cabs and delivery vans come to a halt in central London and throughout the country. Pedestrians stop, many bow their heads as a sign of respect for all those who have fallen in conflicts since then. So much is said in that two minutes silence.

In their honor we wear artificial red poppies in the days leading up to Remembrance or Armistice Day – known as Veterans Day in America – as we all unite in paying our respects to those who sacrificed so much to give us our freedom.

And I am truly humbled and embarrassed that I had been moaning about my too-busy life and not having enough time to write. Those we remember on this day would love to have lived long enough to have such simple problems.

We remember and honor the fallen today, as the tradition says, LEST WE FORGET.