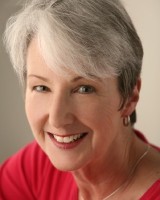 Bonnie Schroeder started telling stories in the Fifth Grade and never stopped. After escaping from the business world, she began writing full-time and has authored novels, short stories and screenplays, as well as non-fiction articles and a newsletter for an American Red Cross chapter.
The recent uproar over the lack of non-white nominees for the Academy Awards got me thinking, because I seldom explicitly depict people of color in my books and stories. I don’t think I’m a racist, so why is that?
First off, although I have many friends who are Black, Asian and Latino, I don’t think of them by that label. I think of them as my friend who was with me during a traumatic purge at our former employer, or my gal pal who shares my love of classical music. And so on.
Therefore, I don’t often assign a racial label to the characters I write about. Many of my characters could be black or green or blue or purple, but it’s not relevant so I don’t go into it.
Should I?
The reason I ask is that our books and stories are often source material for films and television programs, so in a sense, diversity starts with the writers. But is it myjob to impose diversity? I’m not sure.
When I was working in the business world, I certainly enjoyed a diverse assortment of co-workers, many of whom became close friends. Then I retired and spent more and more time in my home community, which has a predominantly White population. I didn’t notice the change at first, preoccupied as I was with making the transition from worker bee to independent writer. 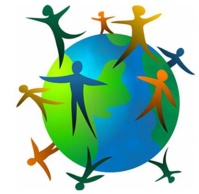 Then I joined a Tai Chi class at the local Y, and the first people to welcome me were an Asian couple. The teacher was Black. A graceful Filipina taught me some of the moves. Suddenly, my world grew more colorful again—no pun intended there, or maybe it is. And I realized how I’d missed hanging out with people who didn’t look or talk like me. Variety is, after all, the spice of life.

We need variety and color in our lives; it enriches us and makes the world more interesting. The universe offers a panorama of colors, shapes, sizes, sounds, tastes and smells to experience.
But back to my question: should I be more explicit in my character descriptions to make it clear that the protagonist or her friend or her boss is a particular race or color? Is there a way to denote ethnicity—to make my writing more polychromatic—without being obvious or patronizing?
After all, despite the self-important proclamations of certain performers, Hollywood would be nothing without the written word. So to circle back to my original premise, your book or my short story might be the starting point.
Sometimes the story or the situation demands a character be a certain race, but often he or she could be any race, at least in my stories. Then the reader can decide for himself or herself if the character is Black or Asian (or Martian.)
Weigh in with youropinion on this admittedly tricky subject. Do you consciously include a variety of ethnicities in your writing? Do you think it’s a good thing to do? Or is it better to let the reader fill in the blanks and imagine a character in any color they want?