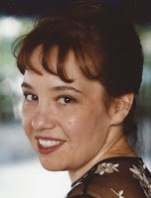 Miko Johnston is the author of Petals in the Wind.
She first first contemplated a writing career as a poet at age six. That notion ended four years later when she found no ‘help wanted’ ads for poets in the Sunday NY Times classified section, but her desire to write persisted. After graduating from NY University, she headed west to pursue a career as a journalist before switching to fiction. Miko lives on Whidbey Island in Washington. You can find out more about her books and follow her for her latest releases at Amazon.

FROM SCREEN TO PAGE

One of my NYU media professors once told me, “You write well.” I felt proud, assuming he meant I was a good writer. I was mistaken. What he meant was I could write sentences that were comprehensible and precise enough to get an A on an assignment, but not for a story worth reading. It took awhile for me to learn the difference.

If you’re unsure of how to tell a story, I can recommend an unusual source for guidance – a screenplay instructional. 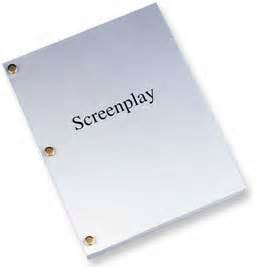 Now I know what you’re thinking…screenplays are fast and cheap, like pulp fiction, too often empty-headed, driven by plot rather than character…and you’re right. But it’s a great way to learn how to tell a story succinctly. Although I no longer write screenplays, I’ve learned a great deal about storytelling techniques from the genre. There are basic rules in writing for film that will benefit all writers of fiction, which I’ll share with you in my next three posts.

Before you begin to write your story, see if you can answer these questions:

Knowing the answers is critical for most fiction genres. The website ‘Screenwriting 101’ has set up a formula for this:

The answer to question one, two and three fills in Character, Want, and Obstacles.

You could say Character is a ‘noun’, but add Want to Character and it becomes an ‘action verb’. Obstacles create tension and suspense. Each element must be in balance to work properly.

For example, the character may have lived a colorful life, or experienced a unique, even dramatic situation. But without tension, the suspense of what will happen, these stories often fall flat. Knowing what the character wants and what obstacles stand in his way are the building blocks to creating suspense. The trick is in the building, because coming up with a tension-inducing scenario is not enough.

Your protagonist is a busy single mom and in the middle of a Tuesday afternoon, a major earthquake hits. Plenty of potential drama there, right? Except if the shaking starts when she’s pulling into the driveway after a Costco run with a gallon of trail mix, a pallet of water, and a year’s supply of toilet paper in the trunk, it deflates a lot of the potential for tension. 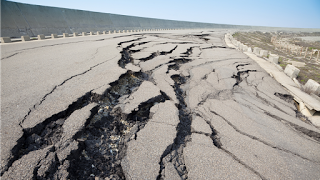 But put your character at her job fifty miles from home, where she lives with her two preteen kids and her disabled mother, and that raises the stakes because we’re dreading what will happen if she can’t get home ASAP.  Then put impediments in your protagonist’s path – the quake destroyed the roads so she can’t drive home.  She’ll have at least a two-day walk. Fires, looters, and aftershocks threaten her way. When real danger looms with every step, readers white-knuckle every paragraph, wondering what might happen.

But telling us isn’t effective; you must get under her skin and make us feel her fear. The mom may die trying to get home, but if she doesn’t try, her family may not survive. Here, the mom is the Protagonist, she Wants to get home, the impediments caused by the quake is what’s Stopping her, and if she Fails it would mean the devastation of her family, and/or her.

That’s why the key to creating a story that will grab people’s attention is the fourth question – what are the stakes? In film, the answer is always the same: Death. If the hero doesn’t succeed, he will die. If you don’t believe it’s true, think of every successful movie ever made.

Death – either actual or metaphorical – is what must be risked and overcome, except in tragedies where the hero actually does perish. If you still have doubts, see if you can name a book with a female protagonist written before the 20th century that doesn’t end with her marrying or dying. Death can be losing the basketball game, not destroying the Death Star before it obliterates the planet Alderaan, never getting back to Kansas and Auntie Em; in short, failing to achieve whatever task has been set out for the character. 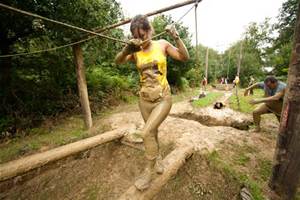 The more invested we are in the character, the more we want him to triumph. Therefore the greater the obstacles, and the higher the stakes, the more conflict you create. If character is the heart of a story, conflict is the lifeblood that drives both character and plot. In short, figure out what the hero wants and deny or delay it.

This is particularly useful in writing flash fiction, short stories, and novellas. Like a screenplay, short form fiction must maintain a word limit and therefore every word has to move the story forward, reveal character, or both. Here again, the combination of challenging obstacles and high stakes, coupled with a character we’ve come to like, creates a powerful arc.

A perfect lead-in to my next blog post, which will discuss story arcs.