A young orphaned girl who survives an attack on her village, a divorced professional whose terminally ill ex-husband is gay, a private investigator struggling to overcome gunshot wounds and an addiction to pain killers, a child princess lost in a forest with only a wolf for protection, a trio of woman who drive each other crazy: How did you all come up with your protagonists?

Back in the Olden Days (okay, well, maybe 15 years ago), two friends and myself made it a habit to have lunch together once or twice a month after a Tuesday Bible study class. Our choices of eateries were eclectic, but our companionship was always fun and supportive.

Although we were different in either age or inclination, we had a jolly good time sharing jokes, heartaches, experiences and wishful thinking.

Joyce, older and more importantly, a woman of “The Old School,” was very modest even though she’d been a “looker” in her youth. She regaled us with hilarious (to us) stories of how she’d be “accosted” by leering men as she rode the bus to work in downtown LA.

We got to teasing her about being molested as a child, just to see her horrified response. (Okay, I know that is not funny, but her affront was!) She became Celeste, the older of my trio of sisters in “Sister Secrets;” the one who helps abused women in her legal practice, while fighting her own deep terror of men.

Rita battled weight-gain problems and yet often gave in to rich, hi-calorie choices when we ordered lunch. She also “confessed” a near-uncontrollable chocolate craving and sometimes whispered (as we leaned in close) the ways she indulged that addiction. 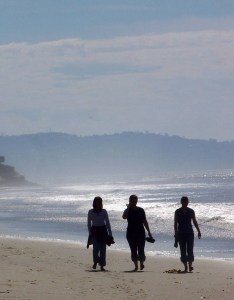 She also had a tender heart for kids and neighbors with problems. Rita became the needy but nurturing, finger nail biting, self-indulging but sweet, middle sister, Helena.

The third sister, Evangeline had to be me. (Jacqueline=Evangeline…get it?) She is a professional photographer, a bit naive, and an “incurable romantic,” which often gets me…er, I mean…her into trouble.

From this foundation of close friends, it was easy to expand on personalities, problems, pasts & passions, and … well-kept “secrets,” for the protagonists in my novel.

When I was a child, my mother would tell me stories about her life and her family. She’d repeat them so often I began to tune them out. After she passed away, though, some of those stories began to re-circulate in my brain, especially the one about how my grandmother, a five year old girl living in a late 19th century Russian shtetl (peasant village), went to the nearby river to wash laundry. She returned to discover her village has been destroyed in a pogrom that killed many villagers, including her parents.

My imagination took over and a story emerged.

Although my work was fiction, I clung to the factual part that launched my novel. I can recall arguing with my writers group over my protagonist’s age; they insisted she needed to be at least eight, and I countered that, although it defied belief that a five year old could do what she did, it really happened. Eventually I bumped her age up to six going on seven, but not without a fight. 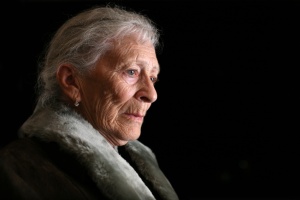 I visited my aunt – my mother’s sister – just after I finished my first draft and told her about my novel. When she seemed confused, I repeated the story about her mother, which my mother had told me countless times. I will never forget her response.

She then told me the real story about my grandmother, with such detail and clarity that I knew it had to be true. I went home and immediately changed my protagonist’s age to eight.

Would I have written my novel had I known the truth about my grandmother? Probably not. The actual story, while interesting, didn’t move me in the way my mother’s version did.

I always planned to dedicate the book to the woman who inspired it. For years, I thought it was my grandmother, but now I know the truth. 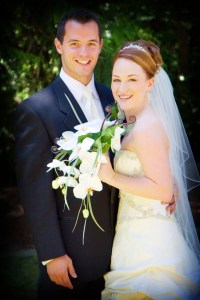 pregnant. This was a smart, pretty, successful woman. I’d met her husband, and they seemed like a pretty solid couple. You just never know.

Anyway, I got to thinking about her situation and how I’d feel in her shoes – I’d probably want to murder the jerk. I’d stayed friends with my own ex-husband, too, and I wondered how I’d feel if he came down with a terminal illness.

The physical prototype for Susan was a business associate whom I admired – a tall woman with masses of curly black hair who once remarked that her size (and she wasn’t overweight or anything, just big) had colored her whole outlook on life. Anyway, these elements all converged to create Susan Krajewski.

The last name, BTW, came from another business associate, a guy who lamented about the mispronunciations of his name. I decided to saddle Susan with it as a token of her connection to her ex-husband – the fact that she kept his surname despite the obvious inconvenience.

Family. Lots and lots of family. That’s the secret to my characters. I come from a line of Lithuanian/Luxembourg/French immigrants, a good Catholic family with 13 children including my father, the oldest. Most of them are married with children, and some of those children have children. My family is a wealth of human eccentricities.

There’s the uncle with nine lives. He’s almost burned alive trying to escape a bonfire he set, fallen off a glass roof while shoveling snow, and come this close to electrocuting the entire family. And that was on Monday.

I have Chinese relations, Japanese/Filipino relations, Mexican relations. At any moment, I can draw on The Greatest Generation, Baby Boomers, Gen Xers and Gen Y.

And then there’s my Mother’s side of the family. Proud English/Irish/Scottish/Dutch descendants of those who arrived shortly after the Pilgrims. There’s a historic site in PA, The Harlow Old Fort House, that was built by one of my distant relations in 1677–Sgt. William Harlow. (I’ve named a character after that side of the family.)

My Grandfather was a Protestant and a Mason; my Grandmother was Catholic. His mother wore black to the wedding.

I have a picture of five gorgeous Irishmen, my grandmother’s brothers. I have the great uncle who never swore because it was lazy. (There are so many more interesting words in the English language, he said.) There was even a publisher in the family. Alas, he was before my time.

All I have to do is dig into the family pool and I can come up with characters who will hopefully delight readers for years to come. 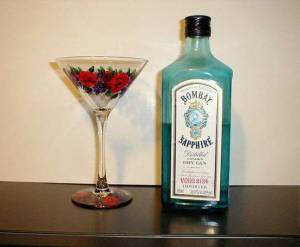 Where do these characters come from?

The final version of the character, Gin Caulfield, the private detective in my current mystery series, came from reworking clay I had been painstakingly molding for several years. But her original incarnation came from something my husband, Richard, said.

I had been working on a spy trilogy for many years, but agents and publishers weren’t interested in the ponderously long tomes. That’s when my dear husband uttered the words: “You used to be a detective. Why don’t you write a detective novel?”

I knew the guy was smart, but he’s also brilliant.

So I started writing a series about a former P.I. who gets back in the business. I fashioned Ginger after myself, and her husband, Fred, after Richard. Fred and Ginger were going to be a modern-day Nick and Nora Charles eventually (book number three) with Nora the pro and Nick the seat-of-your-pants type of detective.

But then I got an agent and she had other ideas. I wanted Ginger to be “over fifty and still packing heat.” My agent put on the brakes and said, “No, no, no. That’s too old. Publishers want younger protagonists.” So I hid Ginger’s age and continued my rewriting. Then my agent said she had to have a flaw or something that makes her edgy. I had her more of a female Dick Francis character…and I liked her that way. After all, she was based on me.

Okay, so I’m a little vanilla. So I rethought Ginger’s personality. First, I started calling her “Gin.” That changed everything. She was tougher (though I’m an NRA Life Member), she had attitude (I know every four-letter word there is, but usually keep that reserved for private rants), and she was shot in the back and left for dead a few years before the opening on the latest book, Hedge Bet.

That last little tidbit set her apart from me and let her have a life of her own. Now she can have a little drug dependence in her past, a dark side every now and then. It was good for both of us. We will still consult over a good martini. I didn’t come up with the name “Gin” for nothing.