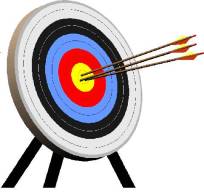 The Title of a novel or short story might seem like the first thing a writer thinks about before launching into the actual writing. Sometimes a title pops into the writer’s head before even a plot is considered. It’s happened to me many times. I have a file called Bits and Pieces with random titles and snatches of plots in it. Sometimes they’re written on a scrap of paper and stuffed in the folder because the idea caught my fancy with nothing more than a sentence stating what I thought that title might mean or the story behind it might be about. And once in a while it’s just the title.

Here’s an example of what I mean: After Christmas several years ago I was looking through the half-priced ornaments on sale at a local hardware store and found one in the shape of a dragon no more than three inches tall. He was rubbery, not made of glass, but he was kind of cute, and so I bought him and took him home. Then on a walk one day around the same time, I found a small, sparkly thing on the ground. It was probably for a girl’s ponytail, but I picked it up and brought it home, too. I’m into miniatures and doll houses and to me the sparkly thing looked like a Christmas wreath. Not knowing what to do with it, I spotted the dragon and slipped it around his neck. Now the dragon looked very Christmassy.

I took him upstairs and set him on the roof of the Christmas castle I had built years ago and even wrote a story about called Bearnard’s Christmas. Looking at the little guy there on the roof, I said to myself: “every castle needs a dragon.” The phrase stayed in my head until I wrote it down and put it in that Bits and Pieces folder. A few years later I wrote the third of my Christmas stories with that as the title and the dragon as the main character.

But a title and a main character aren’t all there is to a story. I had to come up with a plot that incorporated those two pieces, but that’s what writers do. Or at least what we try to do. In my case I had to think about what a dragon might do up at the North Pole since this was to be a Christmas story. I decided to have someone leave a large egg in Santa’s sleigh on Christmas Eve and he has to figure out what to do with it when it hatches and turns into that little dragon. Wizards, magic powders, and a big Polar bear add to the mix. But there was a dilemma: I had to give the dragon some kind of special quality.

But, hey, I am a writer. I write books. I know folks who write books. We really want people, children and adults, to READ. We really are worried that the country is forgetting the value of books, so what better thing for this little guy to do than to “light the fire of imagination” under kids to get them to read when Santa leaves books under the tree on Christmas Eve.

So now I had my story and it all came from a title that popped into my head after finding that very special little dragon.

But not every time do titles and the story click. You might have a great title in your head or in that folder of ideas and you start writing. As often happens, your story takes a detour to a new and exciting place. All of a sudden your story has a life of its own, but now your great title doesn’t fit. But you love the title. Do you keep it anyway?

Of course you do, but for another book or story. The title will wait until you find it a home somewhere else.

So what should a Title do? There are many possibilities.

Of course there are exceptions to rules, but it never hurts to really think about your title to make sure it fits what you are trying to say within those pages.

Now let’s think about what a Title should Not do? There are a few things in this category.

Something you might want to do, especially if you have beta readers. Those are folks who will read your final draft before publication. These can be friends, relations, or just a bunch of readers who will give you their two cents on your book. Take their advice with a grain of salt, but do listen. Sometimes they see something or misunderstand something that the majority of your readers might also misunderstand. But while they are giving you a few comments about your book, ask them if the title works. Since they just read the book, they might have some good thoughts on that very subject.

Here is something else to ponder or at least be aware of. Often one’s publisher has other ideas about your title. You might think it’s the best title ever. And it might be. But your publisher has the last word. Suck it up and let them have their way as painful as that may be. If you ever get dropped by your publisher or leave on your own, get back your publishing rights and re-publish it yourself under the title you had originally wanted.

There was a time during the last century when ladies’ magazines and other monthly publications printed short stories. Often these stories were turned into movies. Occasionally the title would be changed when it hit the big screen. “Madman’s Holiday” changed to Crack-Up. This was done to attract a certain kind of audience. It not only fit the era, the 1940s when Noir was hitting its stride, but it looked better on the marquee. Your title should first and foremost grab your audience.

Titles can change if others get a say in the publication; that’s the biz, but as a writer you want to be the first to crown your work with a fitting identity. It also reassures you that you know what your story is about in a few brief words. And it tells the reader what’s in store for them.

Something else that goes hand-in-hand with that all important Title is the Cover. It should also say something about what’s inside. When you are strolling down those bookstore aisles, glance at the covers. What do they tell you? Puppies and cartoon characters might work well in the children’s section; dark and ominous is what crime and murder is all about. A cute and cozy cover might also be about murder and mayhem, but most, if not all of the violence, is off the page. The title can be cute and cozy, too, with maybe an axe sticking out of the knitting basket.

But again, if you have a stubborn publisher who wants another cover than what you had visualized, hopefully your title will capture the reader’s interest.

Think about your audience and what they expect from the genre writing you are doing. Wander through a bookstore, if you can still find one, and look at book covers in the area in which you want to write. What do their titles tell you about what’s inside? Read the blurb on the back of the book and see if the title fits those few very important words.

Remember this: Often the book is not facing out on the bookshelf in the bookstore, so that title should say a lot. Make it sing.

Join 478 other followers
Follow The Writers in Residence on WordPress.com