Some months ago there was an unbelievable news story on TV. The gist was that some teachers no longer wanted to teach the classics. Unlike my reaction to other things I have heard on TV news shows (or the Internet), I actually believed the report. My snarky first reaction was that the teachers probably couldn’t read themselves and didn’t want their students to know they were illiterate. I’m still tossing around that idea.

The problem is: that story won’t go away. I tried to analyze the reasoning behind the decision to ban the classics and came to the conclusion that there is no reasoning involved. It’s stupid. I wrote a blog back then starting with this same premise and then went on to sing the praises of two female authors, Mary Roberts Rinehart and Anna Katharine Green who were both born in the mid-to-late1800s. I love their work.

So now I am going to introduce you to a few more gems that you might not know, or if you know them, you might not have read them. Paul D. Marks mentioned this particular book in one of his recent blogs, so there must be something in going back and reading the classics. 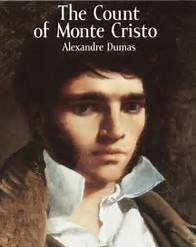 First is Alexandre Dumas (Pere). The book I recently finished was The Count of Monte Cristo. If you have seen the recent movie, you saw a very nice production, but it veered from the original story like the car chase in Bullitt. The writer/director of the movie had to cut it down to size because there are 117 chapters. That’s a lot of cutting. They rewrote the ending, too. There was so much in the book; I was breathless after finishing it. And I loved it.

The book evolved in basically a series of short stories that slowly pieced together the main character’s life. There was a lot of life there. The writing shows us contemporary authors what character development can be if you know your character. No shallow, two-dimensional guy here. There were layers and nuances and glimpses inside this guy that made him real. The story unfolded like a beautiful flower opening.

But even Shakespeare (1564-1616) is more than readable. His stories have been contemporized, but the plots and characters are solid. They even set Romeo and Juliet to music in Westside Story. The plot was universal.

Mark Twain (1835-1910) turned out books that both kids and adults can enjoy. I read him as a kid and when I read him again as an adult I saw even more things in those pages.

Recently I have been reading E. Phillips Oppenheim (1866-1946). He was known as the Prince of Storytellers. He wrote a hundred novels and numerous short stories. Many of his works were turned into silent movies. What stuns me is how contemporary his work is. They might deal with a time long ago, but the feeling and the thoughts could have been written today. True, there are no car chases or throbbing sex scenes, but there is a story, a plot, stuff happening. And no filler.

We were just watching the movie Youngblood Hawke (1964) about a hot-shot new writer hitting the New York literary scene. The guy’s first book was sensational, his second book was trash. During the launch party, a famed reviewer said how the margins were too wide, the type too large, and the story filled with padding. He said it should have been a novella.

Lots of contemporary books are written with superfluous stuff. Too many sequels to fairly nice books are filled with redundancy. The characters are strictly stock with not much personality, and those are often the main characters. These books by the Old Masters don’t have filling or padding or fluff. Not even in the 117 chapters in The Count of Monte Cristo.

Phillips Oppenheim, a British author, filled his pages with new things on every page. In Peter Ruff and the Double-Four, a collection of short stories about the same character, his main character starts out as a very shady guy who decides to use his criminal expertise to sometimes thwart the bad guys and sometimes help them see the error of their ways. The character is dead clever and is marvelously one step ahead, even when you don’t see it coming.

In both The Devil’s Paw and The Illustrious Prince, he brings some brilliant insights to spying during the early part of the Great War. The 1923 movie made from The Illustrious Prince totally rewrote the story, but maybe it was a good movie. Havoc was a pre-war tome as well. But each gives the reader not only an interesting story, but also a glimpse of the times in which they were written. Dare I say: the history of those times, lest it be forgotten.

Even Ray Bradbury’s science fiction novels and stories give a look at the thinking during his brilliant literary career. We all know science fiction is just a way of telling what is happening now and how it might manifest itself in the future. His Fahrenheit 451 is about book burning in the future, a time when the classics were banned. Sound familiar?

One of the reasons I have so enjoyed these older works is because they are so damn well written. I read contemporary stuff. Many of my writer-friends turn out some darn good work and they recommend other authors to me. Some are good, some aren’t. Sometimes it’s just a matter of taste. Sometimes they just stink. At my age, I will actually put down a book never to pick it up again because I have better things to do with my time if the book has absolutely nothing to offer.

Contemporary authors occasionally write historical stories. A good author does a ton of research and if they do the job well, it shows. Sometimes the dialogue might be more modern, but unless you want your reader to carry a large dictionary with them, you keep the words fairly current.

While reading these older works, I was amazed how contemporary the words and phrases were. I do understand that publishers revise many of the classics to make them more readable, but still, some of these are 70-100-150 years old. A few words might be archaic, but the meaning that comes through is very clear. Most of these books have themes that sound like they were written today. That is the mark of a very good writer. Some themes are universal and timeless.

But mostly their work endures… as long as people can still find them somewhere. I have a CD collection with 10,000 books on it. That’s where I have been reading these classics. At least they are safe for a while. Read on.

The picture below is me with the inimitable Ray Bradbury. God Bless him. (The picture was taken by our very own Jackie Houchin.)

24 thoughts on “Past, Present, and Future”

Join 478 other followers
Follow The Writers in Residence on WordPress.com