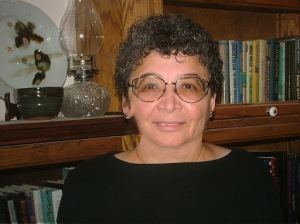 questions were, “Where do you get your ideas?” and “How do you know all that stuff?”[i] Then there were blog-tours—which several generous and kind authors asked me to participate in—and often talked about was, “where do ideas come from.” And of course, our thoughts on inspiration and ideas, have all been shared here on Writers in Residence from several directions.

But then recently at the Vons grocery store, a lovely lady traveling on Route 66 from Illinois to Santa Monica came up to me, and said “I know you!” I had on a Route 66 T-shirt, and as it turned out, it was mistaken identity–she thought I was a “Roadie” she’d met elsewhere in another state.[ii] But after I gave her a bookmark and mentioned about my Route 66 connected writing and my books, she asked, “Where do you get your ideas from?” She seemed genuinely interested. Hence, this post was inspired.

Her question is not one I’ve thought about in detail for a long time, so not having a good answer, I flippantly said, “I steal ‘em.” And though a smart-alecky response, driving home, I realized there was a lot of truth in that statement. For example, in Rhodes The Movie-Maker,[iii]:

And to use a gentler word, incorporating—there are the personal experiences, like with helicopters flying across the Mojave causing my ancient windows to rattle and my dogs to hide behind the couch, glorious sunrises and sunsets that I’ve lately come to appreciate, black-birds flying en masse and lining up on electrical wires going down our road, people who live where I live who willingly share orally, or like “Mojave Desert tales,”[iv] in the written word, and from seeing Route 66 films, articles, and museum visits. And even if the stealing connection isn’t direct, I’m pretty sure my subconscious snatches, grabs, kidnaps—whatever you want to call what it does—then lets my conscious mind use whenever and wherever needed. Just like with dogs that I talked about in an earlier post.

So part of this post is an “into-the-cosmos thank you” to so many, but also to verbally acknowledge a deep gratefulness to those who have come before me—laying a path for others(including me!) to follow. Especially my rock stars, P.D., Agatha, and Ngaio. And odd as it may sound, I want to thank computers and word processors.[v] They have been my enablers, wouldn’t be a writer without them. Indeed, how my writing-heroes wrote/edited on olden typewriters with their deep and hard to push keys, or with pen and pencil–will always amaze me. I once heard/read (possibly not true but sounds good), Eudora Welty would cut out her paragraphs and move around in her editing process. Early “cut and paste!”

And my ramblings connection for my fellow writers?—absorb, absorb, absorb. It may sound like I’m encouraging criminality, but I’m not. It’s more like, let it all in. Something I don’t do enough of. I tend to think what’s important is what I think is important at the time—what I’m doing research on. But all the other stuff needs to get it, be mushed(technical term) together, intertwined, concatenated; a lot will get used some time, somewhere.

And “on the other-side of the coin,” one of Louise Penny’s most wonderful novels is The Beautiful Mystery. I love her writing, and this novel in particular. After reading, I so wanted to write a book about a seminarian or monk detective. But it didn’t and won’t ever happen. Don’t know enough to get inside such a protagonist head, and can’t make it up (even though I know and have known several seminarians and priests)—and never will know enough. Sadly, sometimes stealing, incorporating, experiencing, and just plain winging it, just don’t get you there.

[i] Like how things work, and types of items mentioned, or procedures or pottery stuff, and recently desert stuff…etc. — Real answer is research, flippant answer is “I make it up.”

[ii] Alas, I’ve never been approached by anyone recognizing me as an author. And after I mentioned my name to the lady in Vons, she still didn’t have a clue. Sigh, so much for fame and notoriety.

[v] Even with their crashes, malfunctioning software-hair-pulling incidents, and just general aggravation…

24 thoughts on “Stealing and more…”