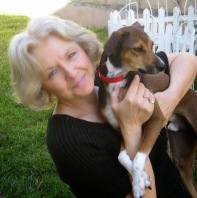 If someone said: “Nothing against women writers, but all of my favorite crime fiction authors happen to be men,” how would you respond?
My response would be the same if I heard a woman say she preferred women writers to male ones. Read what you want. Some people like self-help books. Some like science fiction. Some like romance. Some people don’t read at all. My response to the latter would be hand-over-the-mouth screaming to myself: How can you not read? But, let’s face it, some people don’t read.
I can’t visualize a truck driver curled up reading a cozy, but I can see a woman reading a thriller. Women write thrillers. Men have written romance novels. But if someone, let’s say a man, says he won’tread a book – let’s say a thriller – written by a woman, then he has a problem living in the real world. If it’s a literary agent or publisher who says he or she won’t consider a thriller written by a woman then a lot more people have a problem. Many good writers won’t get published and subsequently enjoyed if that is the company policy. But it happens.
In the past twenty-five years women writers have gotten book deals writing cozies and chic-lit novels as well as standard detective novels and thrillers. The over-whelming majority of women writers I know write cozies. The reading public assumes that if you are female you will be writing that type of book just because of the vast number of those types of books on the shelves. Reviewers are going to think the same thing. They have seen years and years of top selling books, written by men, winning prizes. They will gravitate toward what is familiar and accepted when it comes time to reviewing books. Everybody wants to be around the popular kids in school or go see the hot new movie. But if our, meaning the females in the crowd, if our first response is to whine, then pardon me for saying this, but snap out of it, honey. Nobody owes you a review.
But there are things you can try.
Ladies, try sending a review of your book to women’s magazines and see if they will print it. Send them a copy of the book, too. You will have to write your own review. This is basically the Press Release you should already have in your press kit. Not every review in a publication is written by an impartial reviewer. Your review should be a short blurb about your book. It is roughly the synopsis you sent in your query letter minus the conclusion of the book. Include the log line-elevator pitch that you should have for every book you write. It will grab the reader.
I worked in a bookstore for a year and a half many moons ago (1979-1980). Our romance section was just as large as our mainline fiction section. We sold down to the wall in the romance section most months, not so for the fiction section. The mystery section was fairly small at the time. Obviously women were buying women’s books. I don’t remember hearing men whine about only females getting to write romance novels.

What women should try to do is get known in a smaller pond first. And remember, you drop a pebble in a pond and there is a ripple effect. You make enough splash and the folks in the big publishing yachts will take notice. Or even Hollywood.
Some men write Gothic romance novels under a pseudonym. A man’s name on the cover of a throbbing romance novel would probably be bad marketing. The same thing goes for a man’s name on a cozy novel, but occasionally it has been successfully done. Men can be held back just like women, but many of them consider the marketing aspect and use a female pen name.
I use my initials rather than my first name to obscure my sex. My books aren’t cozies nor are they dripping in blood. I thought initials made my pen name recognizable but it didn’t put me in a box. Agents and publishers actually thought a man wrote the Johnny Casino Casebooks. They read the book before they read my biography. That’s what I wanted.
Know the market where you want to sell the most books. If you are a niche mystery writer and write about knitting or cooking while solving a crime, try sending a copy of your book with a small review to a publication that features that hobby or skill. They might publish it. See if a local store will let you do a book signing. A knit shop might let you do an event if you are a local writer.
If you write a more traditional mystery and can’t get any traction, see if your local paper will run a small review or maybe they have a reporter who would like to interview you. Even if you are published by a large publishing house, you might have to do all the publicity yourself.

Let me introduce you to Anna Katharine Green. She started writing very intricate plots with clever details and sleuthing techniques. She wrote stories about a young debutante who solved crimes, a young man who analyzed a crime scene down to the lint in the victim’s pockets, and a spinster lady who helped out the local police in solving crimes. If this sounds a little too much like Nancy Drew or a young Sherlock Holmes or a Miss Marple, Anna Katharine Green was born in 1846. Her books predated these other great writers. She is considered the mother of the detective novel. Women weren’t writing much more than poetry back then and there were very few male writers of fiction, much less mysteries. She had to discover new territories and did it unbelievably well. She did get reviews. In fact, the Pennsylvania Senate debated whether or not a woman could have actually have written her first book, The Leavenworth Case, her first success.
She wrote it and 39 more stories!
So write your book. Others did it and overcame some pretty big hurtles. Be creative in seeking out reviewers or venues for your work. And remember, nobody owes you a review, but you owe it to yourself to give it your best effort. And don’t whine. Men don’t.

20 thoughts on “Men vs. Women Writers–They are Not Always Seeking the Same Audience”