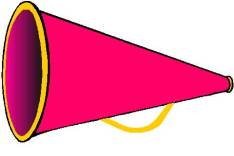 We’re always seeking new ways to promote our books. One of the benefits of belonging to this group as well as to national organizations of crime writers such as Sisters in Crime and Mystery Writers of America (I also belong to a British one called Crime Writers Association) is sharing marketing ideas.

After promoting my new crime novel to the usual online, broadcast, and print mystery media where I hoped (okay, begged) for reviews and interviews I realized that there are many other publicity outlets worth approaching that are outside-the-box and neglected by many authors.

“Yes, indeed,” I wrote to a gentleman in Virginia, USA. “I believe I am definitely qualified to join your organization. My family played an active part in the St. Ives, Cornwall community when we lived there.”

This email conversation with the Cornish-American Heritage Society came about after the first book in my mystery series, “Digging Too Deep: A Tosca Trevant Mystery,” was published. I had endowed my amateur sleuth with a vocabulary of Cornish cusswords and a penchant for brewing tongue-curling medieval mead from the land of the piskies (Cornish pixies). My initial reason for seeking out the Society was to get back in touch with my roots and because my main character is a Cornishwoman.  I was worried I’d forgotten parts of my heritage by living in California. Happily, I gathered a new vocabulary of naughty words.

The Society has a newsletter that reports on various goings-on in Cornwall and on ex-pats. One delicious news item that caught my eye was that the Duchy of Cornwall (as we call provinces) was contemplating opening up an embassy in London now that the Cornish are finally recognized as an official minority! Tosca can have fun with that in her next book in the series, I thought. Then, lo and behold, I noted that the newsletter also ran book reviews. Well, icing on the cake. The review and a blurb of my book appeared in the next issue. I noted, too, that with the Society holding events all over the U.S they provide signing opportunities. When I attended the international Gathering of the Cornish Bards in Milwaukee, Wisconsin I had a book table, and quickly sold out. 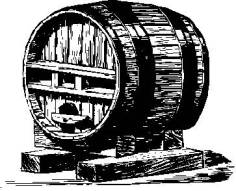 Are your settings on your web site? On mine, www.jillamadiomysteries.com, I have added a page about the small fishing village of St. Ives that includes a photo of its 1312 pub, The Sloop Inn, which is still selling pints. — a topic for the brewing trade publications? On second thought, Tosca brews medieval mead but makes such a hash of it I wouldn’t dare query them although two of her recipes are being published in a new cookbook anthology.

I also sent a copy of the book to the St. Ives Archive which maintains an online site as well as a gift shop that sells books. (Shouldn’t I be hired by the Cornwall Council as a roving ambassador?)

Another avenue for publicity came from a friend in New York, a leading classical music critic. He writes an internationally-syndicated column for ConcertoNet.com distributed in the U.S., Europe, Asia, and on the island of Karguella for all I know. He’d helped me with research for the music in both my mysteries and my current WIP, and surprised me with a lengthy review. After it appeared in the Bangkok Post, Thailand I heard from a reporter I worked there with years ago. She now owns a specialty music museum that I’ll include in a future book. Again, grist for the mill.

Some authors combine their non-literary careers with the fiction they write as a platform and pursue marketing on both fronts Sheila Lowe, president of the American Handwriting Analysis Foundation, bases her protagonist in the Claudia Rose series on her daily job. Lowe’s expertise and testimony in real court cases gains her entry and access to legal publications, legal blogs, and online sites where she can discuss cases involving forensic graphology and at the same time promote her novels, even if only as a tagline.

The list of custom blogs like ours here at The Writers in Residence is growing by the week and they are looking for content. If you write about wine, gourmet cheese or other foods are you or your publicist sending ARCs to baker and grocery organizations and their trade publications such as the Costco newsletters? To crafts and pet magazines? How about a review copy to women farmers’ associations? The Internet is chock full of hobby newsletters that probably one of your characters enjoys although I doubt there is a milkmaids fellowship.

I used to write an automotive column and sent my book, which features a vintage Austin-Healey, to my pals at car magazines. Alumni and club publications, too, welcome notices of new books of grads and members. Hit them up for a talk and write on their blog. Platforms such as these provide ideas for finding new and unusual opportunities to promote your book. Turn over that stone! I wrote a biography of a World War II fighter ace and give power point presentations to which I bring along my mysteries, too, of course. Likewise, when I am invited to be a speaker on ghostwriting memoirs.

I’m sure there are many other unusual outlets worth exploring. Let’s share!