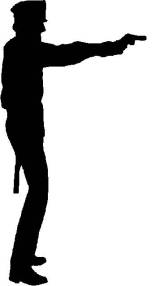 In this litigious society, it isn’t worth the time, money, or headache to use a real person when writing fiction, unless the character is used as a colorful extra, or the person has given their permission. I won’t even write a review of a book or play that I don’t like just because I really don’t want the hassle of somebody’s nose getting out of joint. And remember: Silence speaks volumes.

When I worked as a newspaper reporter on the Whitehaven Star in Memphis, I told the truth, the whole truth, and nothing but the truth. Facts backed up what I wrote. I never worried about being sued.

That being said, the bottom line is that I wouldn’t go out of my way to run somebody down in print, no matter how idiotic I think they are. I’ll give them the benefit of the doubt that they know they’re a moron, so why waste the ink. I also won’t shame anybody or point out his or her flaws in public. It doesn’t do anybody any good. If I don’t like them, I ignore them. If I like them and they are a tad odd, I would rather protect them and their quirks.

Of course, if you are talking politics…all bets are off. But I don’t go too far out on that political limb in my stories, either. I use historical fact and let that tell the story. If a reader has a different view of history, that’s their problem.

My name (or a close facsimile) turned up in a book, Tommy Gun Tango, written by a friend, Bruce Cook, who wanted to use my hyphenated name for a character. The girl is wild as they come, not necessarily based on my personality, but hey, maybe Bruce knows something others don’t know. (You can wait for my memoirs.) But seriously, he did ask permission to use a variation of my name. I told him I’d be happy to be a potted plant in one of his books, so go ahead.

Next to never have I started a character based on somebody in a current news story, but if I chanced to take a fraction of somebody’s tale, I would invariably flesh out the character and make him or her into my own creation. My story would take a totally different path, too. After all, we have been inundated with the wall-to-wall coverage of high profile cases in the news for decades, who would want to read yesterday’s news?

Since I wouldn’t be privy to the motives of the people involved in real stories, I would be making it all up anyway. So I prefer to create the entire character on my own. It’s the character’s inner feelings that I want to capture and then craft my own story about who they are and what they do. That makes the character real to me and hopefully to the reader.

Actual people might be a starting place, even if their characteristics are totally off the wall. But I would rather create my own people with motives I think fit the part they are playing in my story. And anyway, when the character takes over the writing, which they do, they can fill in the blanks themselves.

In my Ginger Caulfield novels (Media Justice, Hedge Bet, and Damning Evidence), I definitely use my husband, Richard, as the character Fred; and Gin Caulfield is mostly me, personality-wise. My agent at the time asked if I would deepen Gin’s character. In “agent-speak” that means give her a flaw, something gritty. So, I had to add some backstory to make Ginger a slightly darker character. It does make her more interesting and I have added sub-plots using this flaw, so it works. But the creativity is mine. I’ll take the arrows if it doesn’t fly. 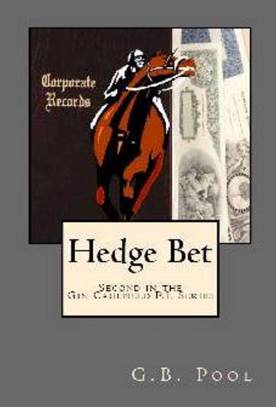 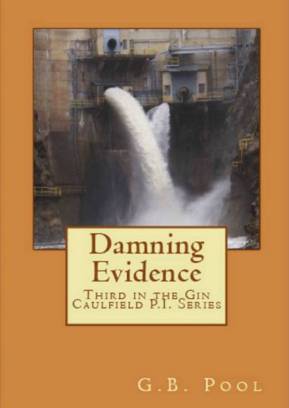 So lawyers and the police and the Feds can move on. Nothing to see here. I write fiction. If I do use a real person, more chances than not they are no longer living and you can’t libel the dead. (There are a lot of lawyers in my family and I know the drill.)

How about you, my fellow writers? Do you use real people – family, friends, or someone in the news in your writing? Do you have a good lawyer?