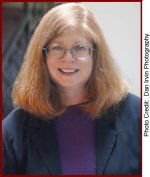 Linda O. Johnston, a former lawyer who is now a full-time writer, currently writes two mystery series for Midnight Ink involving dogs: the Barkery and Biscuits Mysteries, and the Superstition Mysteries.  She has also written the Pet Rescue Mystery Series, a spinoff from her Kendra Ballantyne, Pet-Sitter mysteries for Berkley Prime Crime and also currently writes for Harlequin Romantic Suspense as well as the Alpha Force paranormal romance miniseries about shapeshifters for Harlequin Nocturne.  Her most recent release is her 44th published novel, with more to come.
*  *  *
I have been a writer for a long time, and love it.  And one of the things that I find particularly valuable to me and to my writing is joining writers groups.
If you’re a writer and you don’t belong to any kind of writers group, I highly suggest that you find one or more to join. They provide knowledge, support, friendship and more.
I’m using the term writers group very generally here, to include all kinds of groups and organizations where writers, whether published or not, join together because they are writers.  The groups have various backgrounds and purposes–and so do their members.
One basic kind is a critique group.  I belonged to a wonderful one for twenty years or so before it disbanded.  Around four to six of us at a time got together often to read portions of our own work aloud and critique each other’s stories and writing.  The value was in learning what other people thought of something we’d written so we could determine if any changes were needed before submitting it to an agent or publisher.  Plus, there was a lot of value in simply getting together with friends whose actual day-job careers were different but who all loved something we each treasured: writing.
I also belonged to a couple of critique groups at different times where a number of people paid a published, sometimes noted author to belong to the group.  In one, we each could get a critique every time we met.  In another, we would each schedule when our critiques would occur and submit copies of several pages of our work at the session before our critique.  We received comments from each other, but also from the skilled and noted author, again providing help in what we were doing.
Those weren’t my only critique groups, either.  Some lasted a long time, but most others were only for a few weeks before they either disbanded because we didn’t gel right, or I simply withdrew because I didn’t get what I’d hoped for out of it.
Another kind of writers group that I value is belonging to organizations where members also love and promote a particular genre.  I currently belong to Romance Writers of America, Mystery Writers of America, and Sisters in Crime, as well as chapters of those organizations that are local to my home in Los Angeles.  I enjoy them all!  I used to always suggest that everyone I knew who wrote fiction should join RWA because of the general writing support it provided, but lately it has narrowed its focus to–what else?–romance writing and reading.  It remains a wonderful organization but it’s not for everyone.  MWA and SinC are for those who write mysteries of any kind.  Sisters in Crime was started years ago when there was less support and regard for women who wrote mysteries.  That has changed over time but the organization goes on–and now there are also “mister sisters.”  And oh, yes.  I also belong to the Dog Writers Association of America.
There are also more general writing groups which members join because of what they do and proximity to where they live, not necessarily because they write the same kinds of things.  Some of them are fairly large and have monthly meetings where members can hear speakers and schmooze as they eat and discuss what they’re up to in their writing.  That includes the Independent Writers Club of Southern California (IWCSC).  I’ve attended some of their meetings now and then but am not a regular member.
Then there are wonderful, supportive groups like Writers in Residence, which I was privileged enough to join recently.  It’s a group composed of delightful, caring and smart women who get together to discuss where we’re all going in our writing careers and support one another–in our discussions and online on social media and more.  Some of us write in similar genres but not everyone.  We’re all at different stages of our writing careers.  And I feel very fortunate and happy now to be a member!
There are probably plenty of kinds of writing groups I didn’t mention here–but feel free to add them in a comment.

12 thoughts on “The Value and Fun of Writers Groups by Linda O. Johnston”