WinR MK Johnston brings you Part 2 of her tutorial, “Learning the Basics “Chapter One” at a Time. MK is a former print and television journalist and served on the board of the Alameda Writers Group. She is a current member of that group as well as Sisters in Crime and WIWA.

Note: Have you suffered from opening-itus? Did you come up with a brilliant solution? Or did you scrap your first line/paragraph/chapter and begin again. Tell us about it! 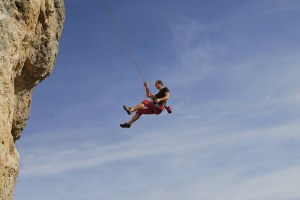 Your opening line is the most vital sentence in your novel. If you can hook the reader with it, half the battle is won. The same is true for your first paragraph and chapter. Think about how you browse for a novel. How much do you read before you decide whether to continue, or look for something else? For most readers, it rarely exceeds three pages, and many will decide sooner. The same holds true for agents. If the beginning isn’t strong, nothing else matters.

WAYS TO OPEN YOUR STORY

Openings usually fall into one of these general methods:

2. Setting a scene that’s about to change

3. A statement or explanation

Most stories open mid-action – the cop drives to the crime scene, the single mom juggles work and child care, the newlyweds argue on their honeymoon. When writers suggest you begin your novel at the latest possible moment, this is what they mean. Using this method gives the reader a sense of joining a story already in progress. The idea is to get us engaged right away and weave in the details as you continue.

Setting a scene that’s about to change is common in mysteries, thrillers, and war or crime stories. It opens with a picture of everyday life, often so routine it’s almost cliché, or else with a description of a person or place. It may appear calm on the surface, but the reader must sense that this tranquility is about to explode, maybe literally. Think of a little girl in the front yard playing with her puppy just before the pervert snatches her; the woman at the dressing table, dressed for a special evening, deciding which dangly earrings she should wear as the gloved hand wraps the wire around her throat; the travelogue description of an exotic city that takes us along to the market place, where the bomb is about to go off. The key is to imply an approaching change and hold off the revelation just long enough to generate tension, but not so long that the reader begins to scratch her head and wonder where this is going.

The third method may be the most difficult to pull off because it is cerebral rather than dynamic. Using a statement or explanation employs a form of narration, either a nostalgic “I can remember” musing, a description, or a problem. The speaker can be your protagonist, or a narrator. Using this method draws the reader in slowly. It must hold our interest much longer until something “happens”, but if what is said intrigues us, we’ll keep reading.

Let’s see how these methods can be incorporated into the opening of a story: 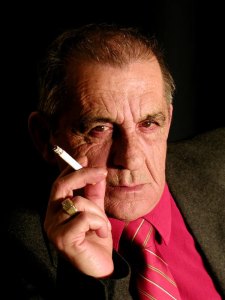 Barry, a hard luck kid turned homeless teenager, has always tried to do the right thing. After a chance meeting with a crime boss, Mr. H, he gets drawn into the man’s organization.

Barry dives into the street to save a six year old girl from an oncoming car. The girl’s father is Mr. H, and when he comes to personally thank Barry for saving his daughter’s life, he learns that the teen is homeless.

We follow Barry as he scrapes along, searching in dumpsters for food, wrapping himself in newspapers to keep warm, hunting for bottles and cans to recycle for spending money. As he’s rummaging in a trash can, he encounters a gang of wild teens who chase him through the streets. As the gang is about to close in with their bats and knives, they suddenly flee at the sight of a shadowy figure. Barry recognizes him from his picture in the newspaper – it’s Mr. H.

Barry explains to us that thirty years ago, when he made the fateful decision to join Mr. H’s crime family, he knew it would play out in one of two ways. Now it’s over, and he’s free. The story commences in a flashback, but the reader has to wait until the end to learn if Barry’s fate was literal (he escaped that life) or figurative (he’s dead). The same would be true if he tells us he’s imprisoned; we’ll have to read the book to find out if he’s literally in jail, or imprisoned by his notoriety, his lifestyle, or something equally symbolic.

Each version introduces Barry in a different way, not only in terms of method, but in our first impression of his character – heroic, vulnerable, or wise. Which method works best? That depends on the theme, where you’re taking the story. If you haven’t figured that out yet, then consider the following:

• Why does Mr. H. offer Barry the position, and why does Barry accept?

• How long does it take for Barry to decide?

• Does Barry accept the offer easily, or is he conflicted about it? Does he say no at first?

• Will he eventually regret his decision? If so, why, and if not, why not?

• How does Mr. H. approach Barry; as a surrogate father, a seducer, or as a business man?

• Will this begin as a tenuous relationship and become closer, or the other way around?

• Are you writing this in Barry’s POV alone, or will there be other POV characters?

Answering these questions will guide your decision.
Now read the opening sentence or paragraph of your novel. Are you satisfied with it? If not, try these exercises:

o Pick a dozen or more books in the genre you write and read their opening paragraphs. Which method did the author use? Which openings grabbed you right away, and why? Which ones didn’t?

o Reread the beginning of novels you’ve enjoyed. How does the first paragraph relate to the rest of the book? Does it set the tone for the story? Does the first chapter mirror the ending?

o Decide which method best describes how your novel begins. Then write a new opening sentence or paragraph using each of the other methods. Which version works best?

o You can break down the exercise even more – write an opening sentence for your story using:

Use at least five of these methods and rank them from strongest to weakest.

How much description is enough and how much is too much? We’ll explore that next week in ADJECTIVES AND ADVERBS.

Join 452 other followers
Follow The Writers in Residence on WordPress.com